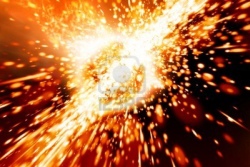 The conversations turn to the origin of the Chinese race, the relations between the sea-cow and dolphin and the humans. The Reptoid peoples were doing a lot of experimentation, and were engaged in wars with the Leonines. Yalarm gives account of the asteroid belt in our solar system.

Conversation turned to the origin of the Chinese race. Yalarm tells this happened in the time of the 4th Dimension, of light bodies which had advanced knowledge and skills. Originally the light bodies were like a hologram, which, over time became denser and formed human bodies. This occurred millenia ago. With the fall of Atlantis, their bodies fell into the 3rd Dimension and they fell in consciousness also; they became confused and warrior like, and fought wars. They were originally pacifists.

Discussion then considered the origin of the Ape-like creature, for the human embryo looks like the dugong (the sea cow) at 32 days. Yalarm says this was the fruit of experimentation by the Reptoid peoples, who were creating beings in experiments without the blessing of the Source of All Creation. They were creating beings that would serve them and mine for gold. They took DNA from themselves, from other creatures, from captured Leonines, and the interaction needed a birth mother and they chose the Dugong.

The Dugongs were a warmer-blooded creature that could breast feed (their teats are behind their flippers) and so the experimental creations were implanted in the eggs of the Dugong. The babies were warm-blooded and born into water, which is why there is a trend to water births for babies. These beings were hairy (they had DNA from the Leonines) and they also had some genetic material from the dolphins which had a higher consciousness and could hold the Light within their beings.

The Reptoids were very clever in what they could do. But they did not work with the blessing of the Source of All Creation. The creatures they made were able to stand up, they had hands, they could take orders, they could physically mine gold for them, and they were simply slaves left to their own devices when they were not needed. They were a weapon-wielding people for they had the fighting aspect of the Leonines within them.

Conversation then turned to the Asteroid Belt which is in our solar system. Yalarm told there was once a planet there. Yalarm went on to speak of the hundreds of thousands of years of fighting between the Reptoids and the Leonines and that planet was deleted – it was blown up and the remains are kept in place by the pull of magnetic energy of the planets to the Sun. This planet had life form upon it which eventually moved to our planet Earth. This (deleted) planet was the original home of the Chinese race before they came to Earth.