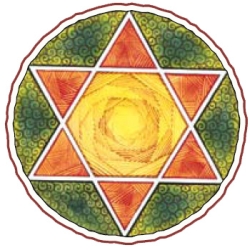 The Satkona (or Shatkona) – the symbol of this website – is an ancient symbol used in many civilisations as a sign of a raised consciousness. The word kona in the name means triangle, and the satkona resembles one triangle pointing up with another triangle pointing down imposed over the first triangle. It is said to point to both heaven and earth and suggest the drawing together of the two. It is a symbol of the original human consciousness (4th, 5th, 6th dimensional consciousness) to which the human race is returning. This consciousness has been lost to mankind since the Fall of Atlantis.

The Vitruvian Man is a drawing by Leonardo da Vinci in 1490. It is accompanied by notes on the work of the architect Vitruvius, a Roman author, architect, and civil engineer during the 1st century BC.

Leonardo’s drawing demonstrates the blend of art and science during the Renaissance and provides the perfect example of Leonardo’s deep understanding of proportion. In addition, this picture represents a cornerstone of Leonardo’s attempts to relate man to nature. As such, this mirrors the height of post Fall-of-Atlantis symbolism of Man as the highest point of the created order. 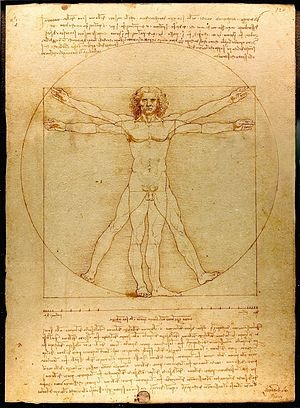 This drawing is often used as an implied symbol of the essential symmetry of the human body, and by extension, of the universe as a whole 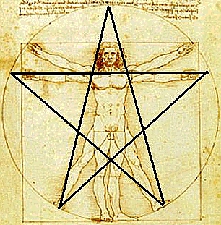 The event heralded as “2012” was the purported end of the Mayan Calendar, 21 December 2012, the end of the “long takun’ of that calendar. Many correctly noted that the planets would take a certain alignment in the heavens, and that an age was ending. The key issue of 2012 was that it marked the passage of our Sun into an alignment of the Central Sun of all Universes, and the reception of new energies in our galaxy, distributed to all heavenly bodies, including our own planet, Earth. The Sun, at present, is still in degree alignment with the Central Sun of all Universes, an alignment which will continue for the next seven years. In the 8th year, there will be the end of the multiple chaotic nodes, a beginning of peace among the races of Earth and the felt Ascension of humanity into the 5th and 6th and higher dimensions. The raising of all forms of life to the 4th dimension commenced with the passage of 21 December 2012. The process of Ascension has begun.

Vitruvian Man illustrates man in the 3D reality, post Fall of Atlantis. This in essence, is shown by the Vitruvian man in the circle, the square, the pentacle. From the passing of 21 December 2012, the appropriate symbol is the satkona – sometimes known as the Star of David, for this brings in the additional element into the pentacle, adding the raised consciousness of humanity, what is sometimes called Ascension. The five pointed star – the pentacle – is now raised to the six pointed star, the satkona – sometimes called Star of David – or Hexagram. 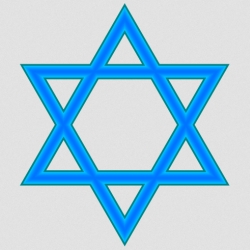 The Star of David, known in Hebrew as the Shield of David or Magen David, is a generally recognized symbol of modern Jewish identity and Judaism. It is named after King David of Israel and it is very famous. The star consists of a triangle, overlapped by another, “upside-down” triangle. It is thought to be sourced from the descriptions of the “ring of Solomon”. Today, this is used as the symbol of the Jewish religion and in the temporal world, this Star of David is used as the recognisible symbol of the State of Israel.

Before it appeared in the west, from the most ancient of times to the present day, the satkona has been at the heart of spirituality in India. The satkona [the six pointed star with a hexagram within, defining sacred space], is constructed by joining two perfect triangles – one pointing upward signifying heaven, the unlimited universe and the higher consciousness within and the other pointing downward signifying nature, the Earth, and the consciousness related to Earth-life. Satkona – the six pointed hexagram also known as the Star of David, is an ancient symbol from before the Fall of Atlantis, and has been used by many cultures. There is evidence in the vedas of the antiquity of this symbol and its uses.

In antique papyri, pentagrams, together with stars and other signs, are frequently found on amulets bearing the Jewish names of God, and used to guard against fever and other diseases. 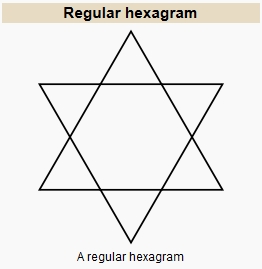 A hexagram (Greek) or sexagram (Latin) is a six-pointed geometric star figure. It is the compound of two equilateral triangles. The intersection is a regular hexagon. It is used in historical, religious, and cultural contexts and also found usage in mystical occult context.

In discussing the hexagram, Wikipedia tells,

The hexagram is a mandala symbol called satkona yantra or sadkona yantra found on ancient South Indian Hindu temples. It symbolizes the nara-narayana, or perfect meditative state of balance achieved between Man and God, and if maintained, results in “moksha,” or “nirvana” (release from the bounds of the earthly world and its material trappings).

In the myths of Ancient India, the shape is generally understood to consist of two triangles-one pointed up and the other down-locked in harmonious embrace. The two components are called “Om” and the “Hreem” in Sanskrit, and symbolize man’s position between earth and sky. The downward triangle symbolizes Shakti, the sacred embodiment of femininity, and the upward triangle symbolizes Shiva (or fire principle), representing the focused aspects of masculinity. The mystical union of the two triangles represents Creation, occurring through the divine union of male and female. The two locked triangles are also known as ‘Shanmukha‘-the six-faced, representing the six faces of Shiva & Shakti’s progeny Kartikeya. This symbol is also a part of several yantras and has deep significance in Hindu ritual worship and history 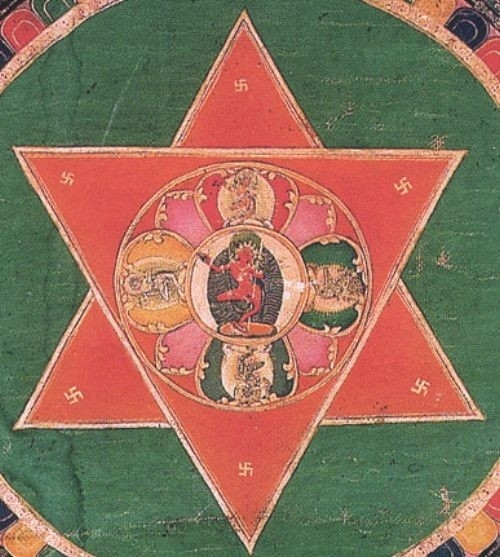 Buddhist sects in India, Nepal, China, Tibet, Sri Lanka and other countries in Asia use and have used the symbol of satkona throughout the ages. 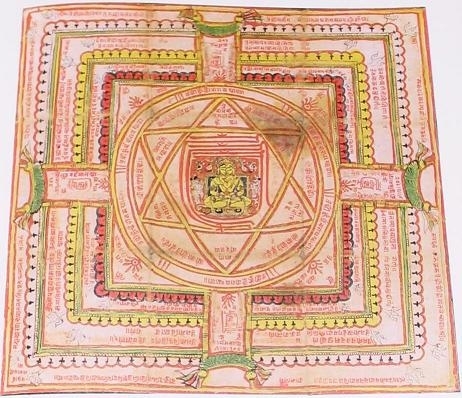 The Kagome crest or Kagome mon is a star shaped (hexagram) crest related to the kagome lattice design. It can be found in many of the oldest Shinto shrines dating back to at least the 5th century BCE, and is present on almost all the stone lanterns approaching the Ise-jingu. At the Ise Grand Shrine that was built for the Imperial House of Japan, a symbol resembling the satkona is carved on all the lamps along the approaches to the shrine. 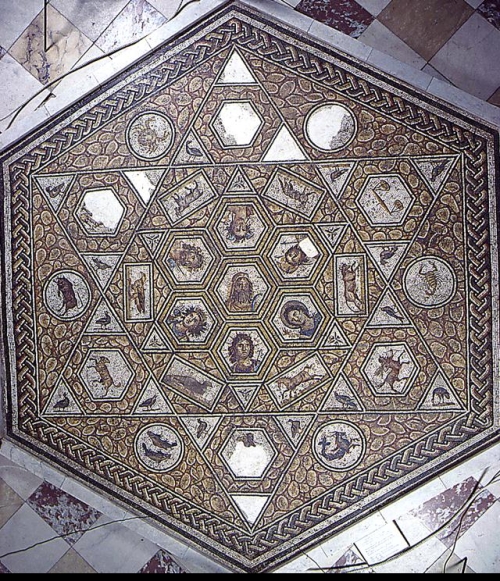 The Mayan citadel of Uxma in Mexico shows several examples that resemble the satkona. It is believed by Mesoamerican scholars that these symbols represented the sun. Uxmal was built around 700 CE. 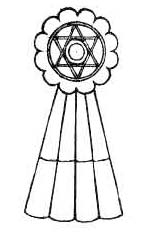 In older alchemical uses, the pentacle was used to signify the five elements and the five mystical elements. It was used in Celtic and Nordic cultures, culminating in use by Druids as a symbol of power, to focus consciousness for arcane purposes, to manipulate reality in the mind of the user and achieve certain mystical or mundane outcomes. Druids, priestesses, shamans, and other practitioners used this symbol as a melding of the supramundane energies and the temporal energies in the third dimension. Thus, 3D reality was focussed, energies drawn in and used for arcane, spiritual and healing purposes. Now, since the passage of 2102 (21 December 2012), all heavenly bodies in our galaxy, all life forms on Earth have been raised to the higher 4th Dimension, indicating the return of the use of the six-sided symbol, Satkona, to facilitate the higher consciousness which is now available within.

The six sided star-hexagram-satkona has also enjoyed popular use among alchemists. Alchemists of old and particularly those from the 5th century to the 15th century in Europe and the Middle East were very consistent in their use of satkona. For most cultures the satkona symbolized male [the upward triangle] and female [the downward triangle] or just something auspicious, but for the Alchemist the satkona symbolized fire and water. Alchemists also used the satkona to represent the six planets [each of the 6 points] and the sun was in the middle of the hexagram. 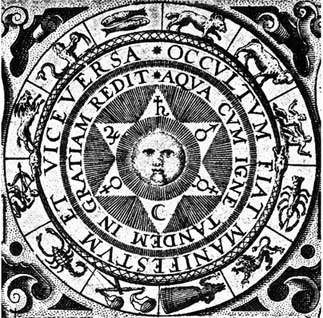 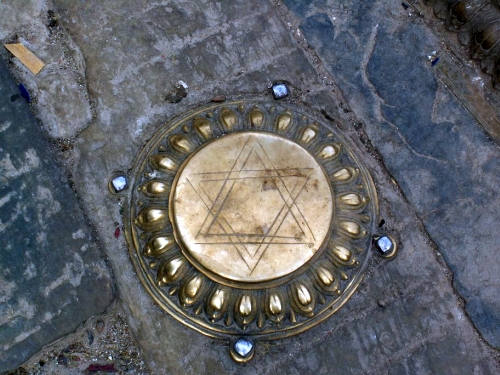 Dr Emoto and Messages from Water 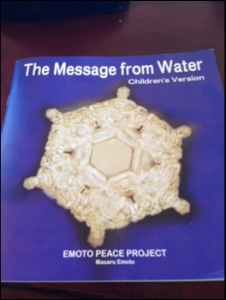 Masaru Emoto was a Japanese author and entrepreneur, who claimed that human consciousness has an effect on the molecular structure of water. Emoto’s work evolved over the years, and his early work explored his theory that water could react to positive thoughts and words, and that polluted water could be cleaned through prayer and positive visualization.

Since 1999, Dr Emoto published several volumes of a work entitled Messages from Water, which contain photographs of ice crystals and their accompanying experiments. Emoto’s ideas appeared in the movie What the Bleep Do We Know!?.

Dr Emoto did pioneering work for humanity in that he taught that thought goes onto everything we use, handle, eat and drink. Through his water crystal photos, Dr Emoto showed how harmony, love, peace, gratitude are actually received as impressions – thought forms – and retained by the water. Here, the water crystals for the spiritual artwork “the way of peace” produces the six points of the satkona in the water crystals: 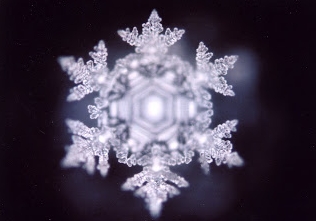 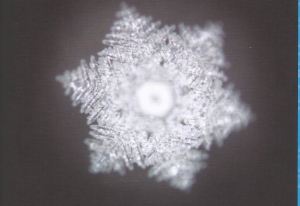 The Satkona image is seen in the water crystals

You can read of Dr Emoto’s work with water crystals here.

Leonardo’s Last Supper and the Symbolism of 6

Sai Baba speaks of the significance of the number 108

All such mystic numbers have a deep meaning. Man breathes at the rate of 900 times per hour, 21,600 times per day, 10,800 during daytime. With every breath, man is supposed to repeat Soham – and so the figure 216 and its half, 108, has a deep significance … 9 being the number indicative of Brahman. (God the Creator). 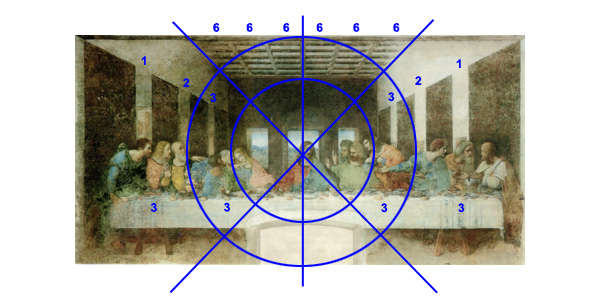 Photo 2. Six Rungs, the four groups of three, and the symetrical circles

You can read a full description of this analysis here.

The Ascension of Man 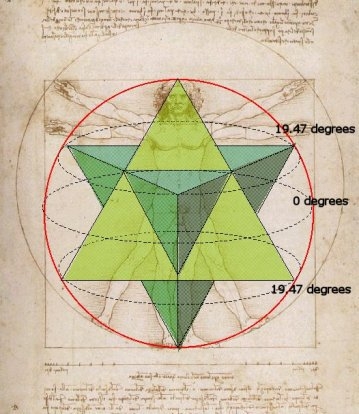 Since the passage of 2012, the stargates around the Earth have opened up and admit the new energies of the 4th Dimension to filter down in a manner that may be received by all on Earth without having any overloaded circuits so to speak. Light bulbs are of different wattages, but the current is the same. When the higher voltage is placed in the wiring, the light bulbs of lower wattage may burst and shatter. Hence, the stargates filter down the new energies of the 4th Dimension in forms that may be profitably taken in and assimilated. This is happening all over Earth as we write.

The Merkabah in the illustration above shows that the human is the union of heaven and earth, the Universe and Nature, for all elements are found within man, including space. The light of the Source of All Creation is also found within the human, as spiritual traditions attest to this. Hence, we use the Satkona as the symbol of this website in order to bring you information – channelled and gifted by the Mystery School, the Oracle and many other sources who are working in alignment with the Source as it assists all on Earth to know their origins, know their history and reclaim their birthright as a United Nations of many races from many origins living in peace in this corner of the galaxy, a Garden of Edin, a place of harmony, peace and understanding. 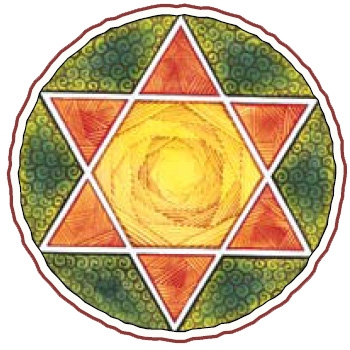