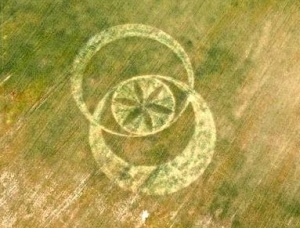 Starpeople came and went from the Earth continually; they used different ways and means of travelling to and from here. Digital cameras have captured some images of starships. The tall white Arcturians were here, with their white hair and blue eyes. They created knowledge and opportunities to work with and for Mother Earth. Other starpeople were here, they broke the Universal laws with the creatures they made (who still exist in other dimensions), and allowed their self interest toward power and force prevail. These caused wars, and the Fall of Atlantis.

Many of the cities and townships in the time of Atlantis were created by the starpeoples themselves; they were created along lines of sacred geometry – and the sacred geometry contributed towards the functioning of the cities themselves. The starpeople were of different races, and so had different diets; some were nourished by heavy foods, some were nourished by lighter foods, and some simply lived on the love and light of the Source of All. The starpeoples had natural ceremonies giving thanks to the Source of All, and the light beings from Sirius, after genetic engineering had taken place, taught the up-standing apes to practice burial ceremonies.

Much of the material science fiction writers use is retrieved from their soul memories, their soul consciousness. They have memories of how things worked at that time. This is similar to what the indigenous peoples remember – those from the Western world have forgotten. The Starpeople travelled to and from the Earth planet using wormholes. Some came and stayed until they were relieved by starpeople from their home star system. The new digital cameras have captured evidence of starships coming and leaving the planet, right now. Sometimes starpeople came by way of hologram: they could be seen and communicated with, and then they would leave. There were many different ways of travelling to and from the Earth.

The tall white Arcturians came to help the human race to evolve; they have white hair, white skin, blue eyes and very similar bodies. It took a while before Atlantis went down for the evolvement of humans to take place on Earth. The starpeople came to teach and to help balance the energy on Earth. They came to create knowledge and opportunities for the other races here on Earth; they taught them to understand how to work with Mother Earth – and to live with her – and upon her – to look after her – to care for her – because she was caring for you.

Yalarm shared that there were many different ways of travelling to and from the Earth. The Hierarchy oversaw those who travelled to and from the Earth; the Universal laws that were in place … these were to be observed. There were those with a scientific bent who experimented; these experiments broke the Universal laws. This, unfortunately, led to the demise of what existed on this planet before it went down. The scientists went against their better judgement and created beings that were alive, had body parts mixed up, and they mixed human heads with animal bodies, or vice-versa, a human body with an animal head. This was not allowed from the Universal law. This went against the grain of the edicts of the Angelic Realms and the laws the Hierarchy had in place for this Earth.

Yalarm tells that these beings were misused – they were victims and they still exist between; that is, between the worlds all traverse when they leave their bodies and return to the World of Light (there is a passage that is used by all when they return to the light); these beings are still there… they are referred to as demons because they are overlorded by a race that is misusing them still. This has to go, this is being changed. The edict is on this Earth now; beings will not be allowed to differ from what the Universal law specifies and puts into place.

The conversation moves to a new topic, the wars on Earth before the Fall of Atlantis. Yalarm tells us the wars took place in the later time of Atlantis … when the Universal Laws were beginning to break down. Self interest prevailed among those in power, who sought to take power and use it for their own ends. They took control. This is written in the mythology of many Indian and other civilisations around the world. The Hindu religion is one of the strongest that has survived since Atlantis fell.

Yalarm continues on the topic of the sacred: many of the cities were created by the starpeople themselves; they used sacred geometry which interacted with the functioning of the city or the town. There were patterns of geometry with a lot of circles within them and they assisted setting an energy which helped the functioning of cities. There were also areas for a natural ceremony that the starpeople give to the Source of All Creation, which they see as a SUN. They see a group of Suns in alignment with the Source of all Creation – this Sun or Solar Logos was actually what they were giving thanks to, and also drawing energy from to help nourish them as light beings. In a way, this was their source of food, nourishment. They also ate other foods for sustenance. 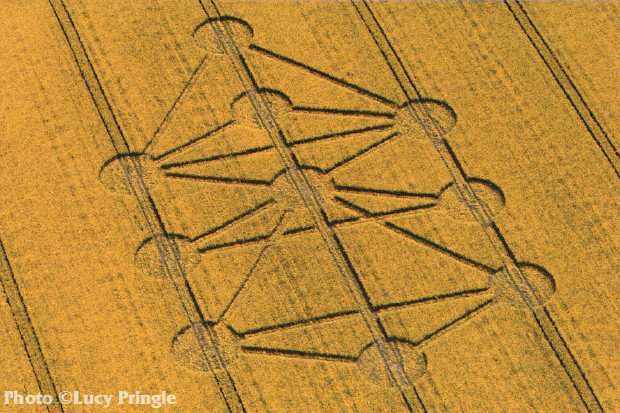 Sacred Geometry was used by the starpeoples

The diet of the starpeople depended on the evolvement of the different races. Some needed heavier food and sustenance for their bodies – this came from a heavier light. Others were lighter in their nature and so needed a “lighter” type of food. Eventually, they would become light beings and needed no heavy foods at all, as they were able to be nourished and live very easily on the Divine Light and Love from the Source of All Creation. The heavier types of physique sometimes required that they sourced meat in their diet; the lighter they became – literally – the lighter the food they needed.

There was also a form of cannibalism by the early type of up-standing hairy apes created by the Reptilians. They ate some of the bodies of the dead (they did not kill to eat) and there was some recognition of disease and so those bodies were not eaten. There was misunderstanding by these early up-standing hairy apes and the light beings – from the Pleiades – who came to help, taught them to practice burial ceremonies after the genetic engineering had taken place and the new humans were created.