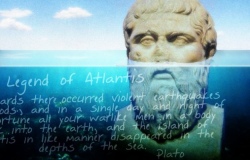 There are many who refer to a race as “Arcturian”; in fact there are different races that have come here from the star Arcturus. Edgar Cayce did describe one of these races accurately. In pre-Atlantean times, there were conflicts, and there were wars on the Earth. The Leonines (from Sirius) who were helped by yet another race from the constellation called Sirius, engaged in a brief war with the Reptilian races.

The starpeople from the Pleiades helped the humans learn many things; they drew (carved, or embedded using laser technology) star maps on rocks at Kariong and taught the evolving humans astronomy. They also taught them how to make fire, how to cook, and so forth. Yalarm tells there were many cities and civilisations started by different groups of starpeople on the Earth. The Atlantis that Plato wrote about is under the waters we now call the Mediterranean Sea. It was a larger evolution than many of the other places called Atlantis.

The Arcturians were described by Edgar Cayce as being three to four feet in height with bluish/green skin and three fingers on each hand; this is correct, but this is not the only race on Arcturus. There are also tall, white light beings that live there as well; these light beings (starpeople) have visited here (and still visit) and have assisted in the development of the human race. So also did the starpeople from the Pleiades (who survived the destruction of the Mothership Rexegena) – they also taught the hue-mans (up-standing hairy apes who became the being enchristed with the Christ Light – the HUMAN).

A question is asked about WAR on Earth in pre-Atlantean times. Yalarm tells that there were disagreements which could not be resolved, so there was conflict. There was also the matter of the up-standing hairy apes, who had been enchristed with Christ Light and evolving into the humans: they were at danger from the Reptilian races of which there were many on the Earth at that time. They were in much danger and the Leonines from Sirius – they came and there was a war with the Reptilians. There was also a race of beings, tall, white, upstanding and without hair – they came from the Constellation of Sirius also; they were able to teach and lead the Leonine race.

So there was a war between the Leonines and the Reptilians; and that was resolved. 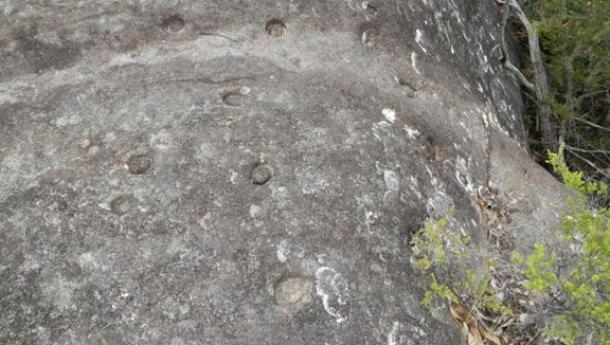 A cluster of engraved astronomical markers found on a series of rock platforms suggest that the interstellar inhabitants of Kariong created a map of the heavens.

There were the star-people from the Pleiades who survived the attack by the Reptillian race on the Mothership Rexegena; they helped with the genetic engineering. They taught the human many things (at that time the up-standing hairy ape were little more than gold-miners for the Reptillians); the Pleiadians taught the humans how to make fire, how to cook, and that there is a power within that connects them to the Source of All Creation. This is contained in the Dreamtime Stories of the Australian Aboriginals.

The star-people also taught the humans about the heavens, the map of the night-time sky and how the movement of the stars influenced the energy on Earth. They were taught about astronomy and made maps in rocks about the different star constellations in the sky. And the evolving human began to understand that. They were the beginning of the Australian Aboriginal peoples.

Yalarm was asked about the place called Atlantis that Plato wrote about. That place is under the water in what is now called the Mediterranean Sea. It was actually larger than what Plato described. There were also other civilisations that had developed around the Earth. There was a similar evolvement of cities by starpeople that existed on the Earth.