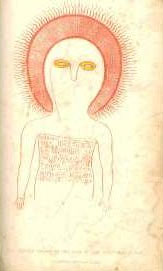 Yalarm tells that there was more than one place called “Atlantis” on Earth, before the Fall of Atlantis. More than 100,000 civilisations existed on Earth before the Fall of Atlantis. There were many little Atlantises dotted all over the planet. Plato talked about a place called Atlantis, but he did not have knowledge of other places with the same name. There was a time of ape-like creatures living in caves. Scientists have found things which are not explained by the ape-like creatures; it is much more advanced from what you would expect of the up-standing ape.

Different civilisations existed; starpeople came and went; there were different interactions between the starpeoples and the human, so the DNA is not the same, not for the starpeoples, not for the ape-like peoples who went on to become the humans. Many different races started to form around the Earth. Fewer starpeople did not interact (mate) with the human at all, so there was no DNA transfer. Yalarm emphasises, but the influence of DNA of the human was different in each individual on the Earth. When the Mothership came (which was destroyed before the mission could begin) there were starpeoples on board from many different places in the galaxy and different Universes.

There were beings here on Earth before the Mothership came; there were the Reptoids, the Draco, the mammalians, the cetaceans (such as whales and dolphins. They held maintained special energies and vibrations). They came from different places also. (Everything that is here has been brought here from somewhere else.) There were also Beings from other worlds that came and went that were Bird-like in their appearance . They actually helped to create the Planet in the first place. People came from many star worlds. Some didn’t stay – they just visited and left and so this is why there is some hesitancy about the number of starpeople and races that existed upon this Earth. 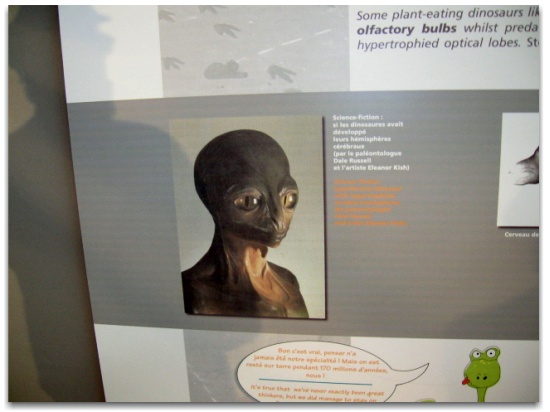 Representation of Star-being in the Dinosauria (museum) in Esperaza, France.

The indigenous peoples have a strong knowing about this history – about the reptilian races who were here, the reptiods, the Draco, the bird-like peoples and the cetaceans. Many of these beings have moved on since there was an opportunity for souls to move into the human form – human meaning HUE-Man, the Light Man, the one who was crystallised with the Christ-Light from the Source of All Creation. The starpeoples came into the Earth bodies and helped civilisations to grow, to interact, to know the feelings of family, mother, father, brother, sister; these things the indigenous peoples understand very well, and many still practice this to this day.

Soul History is important; it is both individual and collective. The collective memories of the Australian Aboriginals – their soul history – has memories of travelling the Earth and mixing their genes with other races; yet, they know this place called Australia as their original home. It is their true home as they understand it is their Earth Home. Soul history also records the many upheavals on Earth, including the ancient time of Lemuria on Earth; and the time of the visit of the Mothership Rexegena. It is in the soul memories of many people. These peoples know the story of the rock art at Kariong; instinctively they know that the place called Lion Island nearby Kariong is the place where the spaceship with the survivors from the Mothership Rexegena fell. History is recorded, and many, many stories are recorded in Soul History.

On another topic, Yalarm assures us that the Angelic Realms are very real. The Angelic Realms are closest to God; they have no fixed abode, and may instantly travel to any time, any place, any universe. Coming to here – our Earth – from that place presents a difficulty for Angels as our vibration is too slow for them, and they cannot place their foot on the Earth as it is too low, too dense. However, they may present themselves in holographic form in a manner that can be understood by those who understand about the Angelic Realms. Different cultures and different races on Earth have many and varied ways of perceiving and understanding the Angels. The consciousness of Angels is high – it is almost God-like; their presence gives opportunity to humans to free themselves of heavier energy.