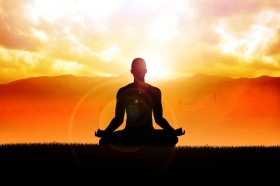 In this session of the Mystery School, The Oracle confirms that Australia and India were once joined. The subject turns to self-harm and suicide, and what happens to souls thereafter; a surprising account is given. The question of Junk DNA returns to the discussion and Jalarm explains some of the background to Junk DNA, its linkage to the essential nature of the human, and how it might be activated within.

There is a discussion about the earlier times, when India and Australia were joined and then separated by water. The Oracle confirms this in fact happened. The discussion then turns to self-harm, that is, ultimate self-harm (suicide) and what happens to souls after the mind-body complex decides to put a halt. At first, this question is dealt through The Oracle, but a slightly more complex answer is needed. Jalarm makes his presence and explains how this is an improper termination of the soul-blueprint, and the Karmic Board of the Hierarchy comes into the picture. There is a karmic debit. These souls are encouraged to take up a new life. Or, they may remain in other realms where they give assistance and advice to those who are contemplating self-harm, and seek to help them. Yalarm tells that in some cases their help is quite successful and they prevent other persons from taking their own lives.

The conversations then turn to Junk DNA and the ladies of the Mystery School are wondering if this is being lifted or elevated in some way. Jalarm enters and tells that yes, it is being elevated. It is a limited DNA from the starpeople. It has not been activated and has never functioned as it was meant to. Jalarm goes on to reveal that the process of elevating or lifting of the Junk DNA is due the light entering the Earth-realms through the stargates. “Stargates” are the etheric net placed around the Earth. These were tightened and brought very close to the Earth when the Fall of Atlantis happened in order to contain the energy and prevent negative energy going out and affecting our solar system and our corner of the galaxy.

Yalarm tells that the Fall of Atlantis was a very sad time for our Earth; all the starpeople who were here left, and there were only the ape-like creatures, the animals along with the flora and fauna of the Earth remaining. It was a dark time, there were volcanic explosions and clouds and the Sun was not visible for a long, long time. (Yalarm has also told in earlier transmissions that there was a mini- Ice-Age at this time. The Ice Age had begun to come about quite some time before the Fall of Atlantis happened. So two very sad events at that time.)

Yalarm continues and shares that the atmosphere – once again – had to be adjusted, and there was the haze due the clouds of ash and smoke from all the raging volcanoes. The Earth nearly died.

Jalarm returns to the topic of discussion – Junk DNA – and the evolving, elevating consciousness of the human at this time. Consciousness within all humans is lifting at this time. With this, minds also change. It is a time of choice. The Humans, what the starpeople call the ‘Earthling’ have a choice to change – their own thoughts, their own decisions, the way they look at things. There are opposites, and other ways of viewing things. The choice is ours, and it is always there.

Choice also influences what happens to the cells within the body; you make a choice with the physical body with what you put into it; this choice, Jalarm reveals, affects the choices of the DNA within. The cell reflects the choices of the whole organism, and the cell – or the DNA – makes a choice for change, and can be assisted by what we feel about it, what we put into it, by way of food, thought, energy. And so it is possible to eat or drink things that will change the consciousness of the cell – of the DNA. As Jalarm keeps on reminding us, “everything is energy”.

The so-called “Junk DNA” is a limited DNA within the human, inherited from the starpeople. It has not been functioning but is now beginning to open and the information and consciousness coming from that is merging with our human consciousness. How much of this happens and the process of absorbing the light energy is largely up to the individual, Jalarm tells us. If people are willing to work with themselves, eat well, drink well and take supplements that will improve their physical being and their immune systems, then this will help adapt to change and link to the new energy that is coming to the Earth.

This new energy is coming via the stargates, and it is being released slowly around the Earth; for most, it would be too much to absorb if it were all released at once. Like the earlier messages about the vibration of the crystals needing to be at a certain frequency to match what is here on this Earth – or explosions would happen – so also, the immediate release of light would cause many souls to leave their bodies. So the light energies, coming via the stargates, is being “choked” or “throttled down” so that our bodies may absorb this in a non-harmful manner. When this is complete, Yalarm reveals the mission of all the peoples on Earth in this solar system, this corner of the galaxy, to all Universes: we, the human, have a most unique gift to give to other starpeoples, other races. 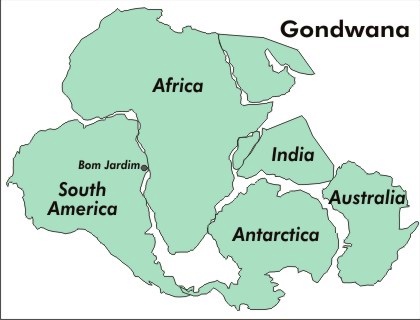 India and Australia were once joined …