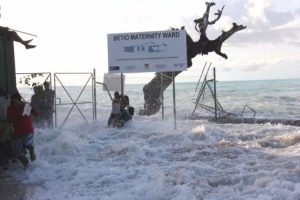 The record-breaking heat of the first six months of 2016 has turned to severe seasonal flooding across Asia in one of the strongest monsoon seasons in many years. The Archangel Mikael urges us to nourish Mother Earth, to love Mother Earth and to care for Mother Earth. We should do so, for where would we all be living if we did not have the Earth our Mother? In this article we will look at what the World Meteorological Organisation says about current events and what spiritual options – as well as practical options – are available to us to Honour the Earth our Mother.

The record-breaking worldwide heat of the first six months of 2016 has turned to abnormally severe seasonal flooding across Asia with hundreds of people dying in China, India, Nepal and Pakistan and millions forced from their homes. In India, the Brahmaputra river, which is fed by Himalayan snowmelt and monsoon rains, has burst its banks in many places and has been at danger levels for weeks. Hundreds of villages have been flooded in Bihar, Assam, Uttar Pradesh and other northern states.

Some of the heaviest rains in 20 years have forced nearly 1.2 million people to move to camps in Assam. Floods have submerged around 70% of the Kaziringa national park, home to the rare one-horned rhino which was visited by Prince William earlier this year. In the state of Bihar, 26 people have died, nearly 2.75 million people have been displaced or affected, and 330,000ha of land inundated. Many major rivers are still flowing at or above danger levels.

In China, the summer monsoon which started in June after a series of heatwaves is said to have caused $22bn of damage so far. State officials say it has killed more than 500 people, destroyed more than 145,000 homes and inundated 21,000 sq miles of farmland. Around 500,000 people were last week still displaced in the hardest-hit central Chinese provinces of Henan and Hebei. According to the Chinese ministry of civil affairs, 125,000 people were in urgent need of basic assistance.

This monsoon season has been one of the strongest in China’s recent history, with 150 towns and cities reportedly suffering record rainfall. The Yangtze river basin has been particularly hard hit, with 22 inches of rain falling in 24 hours last month at Wuhan, the Hebei state capital. The city, which is downstream of the Three Gorges dam and protected from flooding, was inundated after its drainage system and flood controls failed. Much of the damage is thought to have occurred because the city’s rapid expansion in the past 20 years filled in many small lakes and wetlands which used to store water. 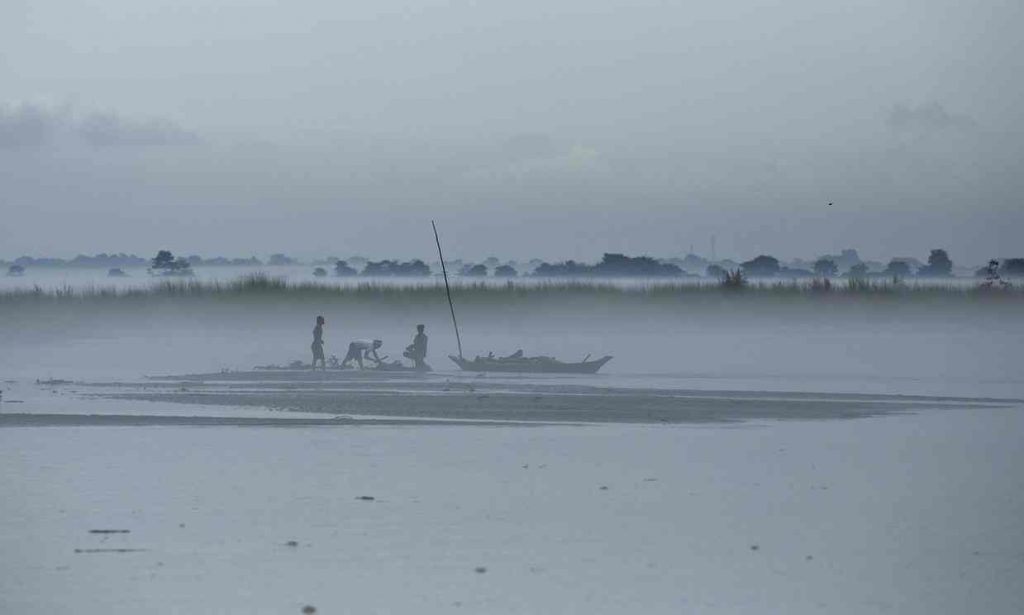 Indian villagers salvage logs of wood brought by floodwaters. The Brahmaputra river has burst its banks in many places and has been at danger levels for weeks. Photograph: Anupam Nath/AP

Meteorologists say that the 2016 Asian monsoon is one of the strongest in many years, and has been intensified by the El Niño natural phenomenon which sees Pacific water temperatures rise and leads to droughts and severe weather worldwide.

The summer heatwaves that have affected much of the Middle East, north Africa and north America have slackened in the last few days. “At the [north American] heatwave’s peak on July 22, almost 124 million people in north America were under heat-related warnings or advisories. Additionally, high overnight low temperatures meant little relief from the oppressive heat,” said the World Meteorological Organisation (WMO).

The WMO has set up a committee to examine whether a 54C temperature recorded in Kuwait in July has set the new highest temperature for Asia, as well as for the entire eastern hemisphere. Climatologists at the WMO said they expected more heatwaves because of climate change. “The length, frequency and intensity of heatwaves will likely increase further during this century, according to the Intergovernmental Panel on Climate Change,” said the agency. 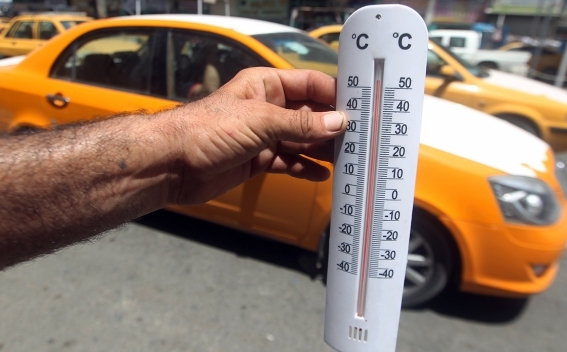 Hottest day ‘ever’ recorded in Kuwait as thermometer reaches 54C

Everything is energy. Thoughts are a form of energy. One may transform one’s inner environment, and influence the outer environment – along with positive intentions for your local community, the society, the nation. This can be done utilising a simple repetition of a mantra – in Sanskrit or English. The mantra is samasta loka sukhino bhavantu; in English, “May all beings in all the worlds be happy”. A simple repetition of this – in either Sanskrit or English – creates a ripple, a vibration, an intentional creation of peace and happiness for all. Thought is powerful, travels faster than light. Thoughts of peace to all beings is a spiritual option. This is Honouring the Earth our Mother.

Reducing one’s carbon footprint is intentional activity and and Honouring the Earth our Mother. There are many ways to reduce carbon footprint in the home. For instance, take air travel. Although aviation is a relatively small industry, it has a disproportionately large impact on the climate system. It presently accounts for four to nine per cent of the total climate change impact of human activity. We may consider other modes of transport and other options. Eating locally produced food is also an important form of carbon reduction. Transport, packaging, delivery, all these increase the carbon footprint of the foods we buy.

We may meditate in a group on the occasion of Full Moon. Full moon days (and the day either side of a full moon) have very high energy. The Angelic Realms have advised us that the times of the Full Moon are times when energy is magnified, and multiplied. Groups sitting together in meditation on peace, harmony, goodwill towards all have a manifold affect on the energies surrounding our planet when they do this on the Full Moon day. If it is not possible to do so on the actual day, then, we have been told, the day before or the day after will also serve as days of excellence in sending out positive harmony, peace and helpful energies to all places on our Earth.

Another helpful form of group activity on Full Moon days is calling on the Angels, the Spirit Guides, the Star Beings of the Hierarchy, and the different Divinities – for all are but different forms of the one substance many call GOD – and calling upon them for help. All prayers are answered; all prayers for the Good of All are responded to. It is well known that Divinity in its different names and forms takes the energies of devotion to God, the prayers, the offerings of Love, Harmony, Peace, Light and distribute this to places where it is needed around the Earth. Such meditations and prayers can also be offered on Full Moon days. Many prayers hail the Lord – or God – as a God of Mercy and Compassion. Compassion makes no difference between those who suffer and those who cause that suffering. Compassion is for all and such mercy offered in our prayers and meditation goes out for the Good of the All. 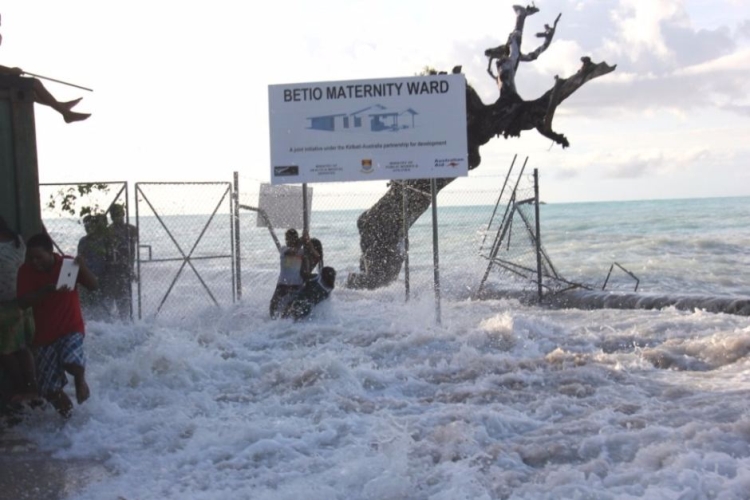 Photo: The Betio Maternity Ward in Kiribati is repeatedly inundated during king tides. (Supplied: Kabar Dhanji) … During Cyclone Pam last year, a wall broke and the ward flooded, and many pregnant women were transported to a stadium where they gave birth on muddy ground.