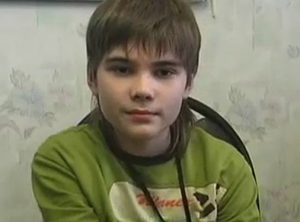 Readers who visit here regularly will be aware of Valerie Barrow and her work in the Mystery School. (Many articles here elaborate on the work of the Mystery School.) Over several years much information has come from The Oracle and the channelled beings about the history of our planet, its place in our solar system. Some of that information has been about other planets: Venus, Mars, planets that are missing and planets that have been “deleted”. Light Beings from these planets have come to Earth to live here. In this article we look to a Russian youngster who recalls multiple lives on Mars and show how much of what is recalled corresponds to the information given to The Mystery School.

The Mystery School was established in 2013 under the guidance of several spirit beings by name Alcheringa and Cosmic Sai Baba. The Ladies of the Mystery School were introduced to a new spirit being by name of Jalarm (pronounced Yalum), who is a member of the Hierarchy, and who has given much information about the Creation of Earth, the star people who came to live on Earth, the creation of the hue-man, the upstanding ape who was infused with the Crystal Light or the Christ-light with the permission of the Source of All Creation.

Over several years, Jalarm and The Oracle have revealed about life on Earth before the Fall of Atlantis, for humanity is on a journey of return to the 4th, 5th and 6th Dimensions – which were closed off – with that Fall of Atlantis. The history of human life on Earth to a very large degree is a history of interactions and help given by star people from other planets, and light beings from this – and other galaxies and universes – who came to help the hue-man evolve to the human.

If we can help our readers, the following assumptions are taken in these articles, and in all the material given in the Mystery School in which Valerie Barrow participates with other members. 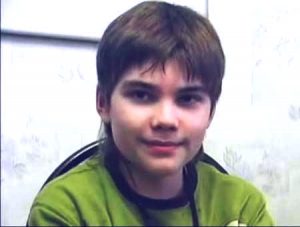 (Boriska means “little Boris”. At the time of writing, he is aged 20, so we will refer to him with respect and use an age-appropriate name.)

A young Russian by name Boris Kipriyanovich claims he has lived on Mars and remembers information from multiple lives on the Red Planet (He tells the ground on the planet is green, and there are no trees).

In a video and at camp-fire talks, Boris confirms many things Jalarm and other members of the Hierarchy have given to the Mystery School. We will give example of what Boris has told, and the confirmation from the Mystery School, and a link back to the website.

Boris identifies the destruction on the surface of Mars is due to wars on Mars between civilisations that existed there.

Jalarm: ‘Well as I have said, there has been many that have visited this planet Earth – and they have come from different places around the Galaxy. But there was a time when your planet Mars had to be evacuated and the people from there had red hair. They were rather war-like in manner. Does this makes some sense to you?’
(see http://valeriebarrow.com/mystery/?p=205)

Boris identifies the Martians as a warrior race

The Beings, the Giant Beings that came from your planet Mars and still do, have more of a war like nature and have more of a tendency to fight – rather than to sit down and become aware of each other’s point of view and honour that. This was an evolutionary growth even with those people on that planet and I say that, because it happened on many other planets.
(see http://valeriebarrow.com/mystery/?p=214)

He tells the travel of Martians from Mars to Earth occurred by use of the Merkabah which is used to teleport souls.

You were asking if this is related to the Merkabah, with the five elements … The Merkabah does have a place in the teachings on this Earth – and actually – its evolution as well. The five elements do come together in harmony and vibration as you said. That is correct.
(See http://valeriebarrow.com/mystery/?p=803)

And I know that the gentleman who asked this question is of the belief that the Moon is inhabited by negative energies and I would like to add that it is not.
(See http://valeriebarrow.com/mystery/?p=465)

He confirms what the Oracle tells: there are still beings living on Mars

The Oracle said there are people from Mars on the planet at the moment, they are in the 6th Dimension

There has been many that have visited this planet Earth – and they have come from different places around the Galaxy. But there was a time when your planet Mars had to be evacuated and the people from there had red hair. They were rather war-like in manner. They were warm blooded and they experienced pain and because of their strength – their warrior strength. They were very large – you could call them giants and they actually came to the planet here. So they were also many of the different starpeople on this planet.
(See http://valeriebarrow.com/mystery/?p=205)

Boris shared that Mars existed somewhat farther away, and that there were two more planets beyond Pluto.

(More work with the Oracle – there was another planet in our solar system they called ON. The Oracle also told us that people did come from Mars when it became unliveable at another time. The people came from the planet Venus by choice and that there are still people on Venus in Light Bodies in a different dimension – they do not eat food as we understand food.)
(See http://valeriebarrow.com/mystery/?p=42)

The source of the Chinese Starpeople … and we have given you a word DELE which to us means a LOSS … obviously this means nothing to you. This is of another star world. And the Gods came to this planet, as we have given you – 6 million years ago … and they helped to evolve the Earth planet also.
(See http://valeriebarrow.com/mystery/?p=254)

Boris speaks of the Fall of Lemuria, who died because they ceased to develop themselves spiritually

So you can see a pattern here – can you not – of the Beings that progressed from this land which you call Australia and then reaching out to many of the Islands and the lands that existed in the time of Lemuria, but has since sunk under the water. You will find there is evidence of it under the water and certainly it (Lemuria) exists within the many legends or myths in all of these people that live in this area, that have survived going under the water.
(See http://valeriebarrow.com/mystery/?p=471)

Boris corroborates the existence of the akashic records under the Sphinx

It is I, Jalarm and the Akashic records are actually held all through the Earth and wherever an event has occurred, that is a record.

There is also a source of records for each soul and the Earth’s Soul, and everything else that has been created upon this planet – and that record exists in the dimensional portal underneath the Sphinx in Egypt. Now, I have actually said this before, but perhaps the clarity was not as good as it could have been, and I would like to make it quite clear.
(See http://valeriebarrow.com/mystery/?p=471)

Some pyramids are not readily apparent …

Boris also mentions another place on Earth (a pyramid yet to be discovered) where there will be discovery of historical records.

Jalarm: “The Mountain of Undal was mentioned in the Emerald Tablets that was recorded by Doreal back in 1930’s – it is written so that people wouldn’t readily understand exactly what it was about – for there is quite a lot of lengthy information given by Thoth. He was a God recognised by the Egyptian people as they are now – but pre-Atlantis they were very real beings.

A Bird-like being if you like, because the star people that come onto this Earth appear from many different races from around the Galaxy and the Universe and they look very different from what you see on Earth now. However they were very talented and very advanced, many of them, in technology but not so much in human values – shall we say.

The Mountain of Undal is – Knowledge…

There is a great deal of knowledge that existed on this planet that needs to come out … before the great Floods came and the time when Atlantis Fell which encompassed the whole of the Earth. So there were many little Atlantis’s around the Earth.
(See http://valeriebarrow.com/mystery/?p=111) 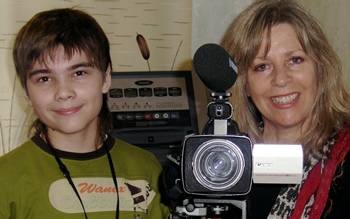 © Narayana Oracle. All material may be reproduced provided the source is cited, and it is not altered.