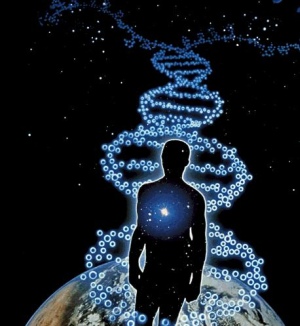 Yalarm is asked a lot of questions about evolution or creation. Both evolution and genetic engineering played a role in the emergence of life forms on this planet. Many forms of life share common genetic material, and are vertebrate. Birds, reptiles and fish – what is their place in the evolutionary tree? Yalarm tells us that many starpeople come to experience human life, particularly life in a loving family with warmth, compassion and children. This is important for their evolutionary development.

Yalarm is asked about Evolution or Creation. Yalarm tells that the DNA or genome is shared by many species, and some genetic material is common to all forms of life. On account of climate change in the past – one can think of the Ice Ages – some adaptation or evolution took place. The starpeoples and races from other places in the Cosmos – some of whom were not so evolved – had very high, sophisticated technology and they undertook genetic engineering.

Yalarm spoke about the responsibility which comes with advanced technology capable of genetic engineering: Genetic engineering needs careful study and experimentation. It ought to be done in collaboration with the Creative Source of All – blessing should be sought – because it will automatically be blessed then – and then changes brought to the human race from genetic engineering will bring transformation and advances. However, this must be sourced and processed by those with evolved thinking, not just those who are playing with it.

Yalarm is asked about the evolutionary tree; which came first, the birds or the reptiles? There was a BIRD RACE that came from the star worlds, the cosmos; they were sent by the Angelic Realms to assist in the creation of elements that helped fostering of the Earth’s atmosphere. So there was evolution, also. The bird-race became upstanding beings, and they came to assist the progress of the planet to a garden, a Garden of Eden in this corner of the galaxy. The word “Eden” is also connected to the sound for evolution or growth.

Yalarm is asked where fish fitted into the scheme of evolution. Yalarm tells that they were created as a source of food for other beings that existed on the Earth that fed upon fish; humans still do (eat fish). The fish came from a race that were fish-like in appearance—they were not eaten—they just looked like fish, and was this race of fish-beings that created the forms that provided food which was in their likeness. They were actually starpeople that looked like fish-beings.

In the study of DNA, all beings share a common link – vertebrae – the spine. This is not evolution but creation by the starpeople races that were here on Earth. There is a confusion, for there is a very strong belief among many religions that all creation is from the Creative Source of All; God. Yalarm reminds his readers that all humans have been blessed by the Creative Source of All, for all humans have a soul, and a soul-blueprint. With that soul blueprint, comes a history – an earlier source as a star-being, perhaps a star-being that is as not evolved and takes the opportunity to live a human life and live in a human body and experience family life. All indigenous peoples marry and have a family and love their children. Yalarm shares that many starpeople, star races from other places in the Cosmos have not experienced such a life. 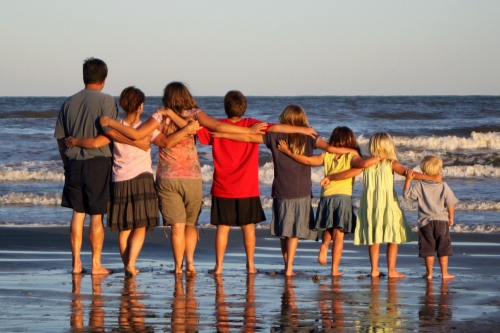 This is why starpeople and star races come here to experience human life; they are not as evolved and have not experienced the warmth of a family and children. So they come to experience such a life here, and this raises their consciousness. Everybody on Earth – who has a family and has come from children – readily understands the love of family and children and this helps to share the love that comes from the Source of All Creation. This gives the starpeople, the star-beings, a level playing field so that they may become warm,

In reply to a last question, the Annunaki created a red-haired, hairy ape-like being to mine gold for them. This being is what was called the barbarian; they also evolved to the human.