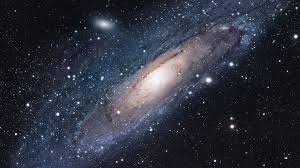 The up-standing hairy-ape creature – among other genetic experiments – were created and developed into a cave-man like race of beings that followed orders and worked as gold miners for the Annunaki. The Annunaki wanted to have unlimited potentialities but were insufficiently evolved as a race to connect with the Source of All Creation; they offered their creations (as sacrifices) in order to receive higher essences. There was flouting of the order of Hierarchy – from the Angelic Realms.

Responding to questions about the period of time between 900,000 years ago and 200,000 years ago, Yalarm tells that the Pleiadians came to Earth on a Mission of Love to establish Light upon the Earth. The Mothership had 50,000 light beings (starpeople) on board – all of whom had volunteered – to come bring the Light to Earth (then called “Mu”) which was shaded by dark energy at that time. The lightship was destroyed and only a few of the 50,000 on board survived; they came down at Kariong, in a land we now call Australia. The little establishment was set up and the first humans were created. On the question of time, and the time of the place called Atlantis, Yalarm tells that time is measured differently by the starpeople, to how the residents of Earth reckon time and history.

Yalarm responds to a question about the peoples called the “Annunaki”. The Annunaki were a civilisation (of starpeople) who had a level of consciousness not sufficiently raised for it to be possible for beings to enter into the higher form of Light Consciousness. They were quite advanced technologically for a race and were doing all sorts of genetic engineering. It was rather hit and miss, if something did not work out they modified it and started again. But it was not done in the name of the Source of All Creation, for it to be blessed. They had a lot of knowledge, a lot of technical knowledge, but it was not used in the name of the Source of All. It was getting out of hand, and needed to be lifted, and brought into alignment with the Hierarchy and the Angelic Realms. This was because how the beings were being treated by the Annunaki. The cells of a body, and not necessarily an earthling, can be changed and re-created BUT there is a need for it to always be done in the name of the Source of the Creator of All. 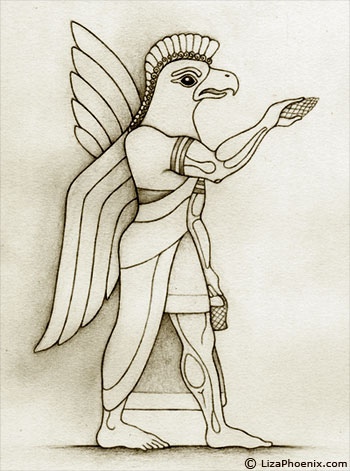 The question was asked about creating animals with human heads and humans with animal heads and bird-like heads. Yalarm responded that this was the case and that the Annunaki went on to create what looked like a cave man; they created an up-standing ape-like creature with DNA used from animals. They also had influence (DNA) from the mammalian beings and the Reptilians; they even had a tail, which was genetically dropped. They had a limited brain-function and could take orders; they were used as work-mules to mine gold for their masters and left to their own devices when there was no work. They developed in a very haphazard manner and were not connected to the Source of All Creation. They also wielded weapons that were carelessly used and were to an extent, mind-controlled.

A question was asked about a place called Adam’s Calendar in South Africa. Was this connected to the work of the Annunaki and the up-standing hairy ape-like creature? Yalarm reveals that this was a very deep source of gold, of white powder gold. It was used for ornamentation and to make figurines and bowls and so forth and the Annunaki knew that it had an essence to it that beings (of a highly developed nature) could use to connect to a Higher Being. White gold powder would lift consciousness and give unlimited abilities. They did not understand about the quality of Being that is needed to actually be able to create such an essence. So, the Annunaki were offering this to the Gods (actually, their Reptilian ancestors) in the hope that the offerings would be consumed and the essence would be sent back to them for their use. The offerings (sacrifices) were the up-standing hairy ape-like creatures they had engineered. This all happened quite some time before the Atlanteans and the Mission of the Mothership Rexegena.

Yalarm was asked “When did the humans begin to look like they are now, sans body-hair, smaller faces and larger skulls as compared to the cave-dwellers?” Due time differences in dimensions, it is hard to give a time in our earthly reckoning. There was an evolvement of a being we could call Man. Later on, the Pleiadians came, and in cooperation and harmony – with permission, actually – from the Source of All Creation, they undertook the genetic engineering which resulted in the being which had the Light within; the children were created with the Divine Light, and they were children of Light in the body we could call Man – which is now the human body. This came later.