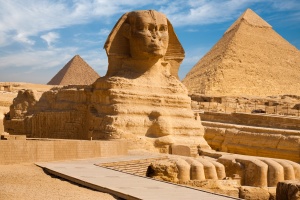 The Mystery School has joined together to explore the past – in particular, the Sphinx and Pyramids. There is much background material brought forward to integrate with the history and unfolding given by Jalarm, for the multiple dimensions we have learned of are all connected to this experience called Ascension. We reflect on the latest messages from the Spirit Being – one of the Hierarchy – known as Jalarm.


In the latest transmission of The Mystery School (there are many mystery schools on Earth) Jalarm is asked about the Sphinx and the Pyramids. In reply, Jalarm tells that the first impressions – or images – of both Sphinx and Pyramids was one of light. When members of the Hierarchy take birth on Earth, they teach that this world is LIGHT. We have pulled reality down to the density of the 3rd Dimension. Originally, the Sphinx and the Pyramids of Giza existed in a different dimension. Thereafter, humans built over them.

Krishna tells the same in the Bhagavad Gita, one of the well-known books of Hinduism. In the Gita, Krishna tells that the world is light, and when the soul enters the foetus, it brings the ego, the mind and the senses with it. So when we are born, we have past influences with us – we bring them. In November 2015, Cosmic Sai Baba reaffirmed this, with a most startling revelation: Our souls have lived on other worlds, and we also bring the influences of our lives on other worlds to here, on Earth. Cosmic Sai Baba went on to say,

So you may understand that the Sphinx, the Pyramids, and everything else on Earth has come from somewhere else. Even humans have a little of the star-people DNA in them, and this is re-awakening at this time. In an earlier transmission, Jalarm shared the effects of reawakening to the higher dimensions:

There is much awakening to come for all who live upon Earth. Cosmic Sai Baba recently told that the Earth herself has consciousness and acts for the good of all who live upon her. Cosmic Sai Baba went on to say, is a time on this Earth of yours … when there is great worry and concerns about a lot of movement of people around the Earth. And the Earth itself is trying to help these people.

Jalarm returns to the subject of the past. Much of recorded history does not go back further than 12,000 years ago, when Atlantis fell. We do not know what things looked like in the past, nor the events that happened, nor, even, the timing of events, for time is faster in the higher dimensions. Where Einstein told that light is both a particle and a wave ( and more has been discovered about light travelling faster than the speed of light and entering another dimension) so also, our scientists are beginning to find ways of measuring time differently. Carbon dating does not take into account different dimensions and the frequency of time.

One fruit of all this development is shared by Jalarm: we will soon begin to see the FORM that objects had so long ago in the Earth’s past.

This is because the Earth has come into alignment with the core of Suns and the Grand Central Sun of all Universes; this makes way for the 5th Dimension and the 6th Dimension. Jalarm announces that the frequency of light will be limited to Ascension to the 6th Dimension until the earthling has sufficient energy and capacity to rise to higher dimensions. Too much light can cause a burn-out, damage, just like too much current in the wire will cause the light-bulb to explode. So the limit is on account of the light being too bright and too strong for the Light Beings (you, the Earthling, are a light being, just like all the star-peoples) that are on Earth now.

In another place, Cosmic Sai Baba has shared that he is now a Light Being, and he has dropped the chemical body made up of the five elements (fire, earth, air, water, ether or space) and is now in a Light Body. Jalarm goes on to use the full title in this transmission: Sri Sathya Sai Baba … who is now in a Light Body. And who has told that he will return and be visible in a light body, anon. We may prepare for this by lighting up our energy with prayer and affirmation, with positive thoughts and open-eyed meditation, with Love. He will make his presence known and felt. For more about this announcement, see here.

Returning to the topic of the Sphinx and Pyramids, Jalarm shares “It was later that smaller blocks of stone were used to over-build the pyramids” Jalarm then clarifies about light; depending on which dimension you operate in (3rd up to the 9th dimensions) light can be solid in these dimensions. Jalarm reminds us that Cosmic Sai Baba operates in all these dimensions up to the 9th Dimension: he often told that 9 was His number.

So we understand from Jalarm that while the starpeople existed in the past on Earth in light bodies – mainly the 5th dimension – light was solid. Jalarm reminds us that there was a battle for possession of Earth and the Draco and Dinoid races came here and held sway: energy became heavy, and this influenced all the forms that were on Earth, including the Sphinx.

There is one thing that is not influenced. Everything on Earth has a signature, a signature of Energy. The primal light on Earth (inter-dimensionally below the Sphinx as Jalarm has revealed before) was not influenced by the Draco and Dinoid races. This flame, this light signature was necessary for life to be created, to be sustained, to evolve. So the Sphinx holds a secret – an important secret of life on Earth. Jalarm then goes on to confirm about the Egyptian princes visiting Australia to learn from the ‘clever people’ of the Australian Indigenous tribes.

You may read the latest transmission from Jalarm on the Mystery School here. 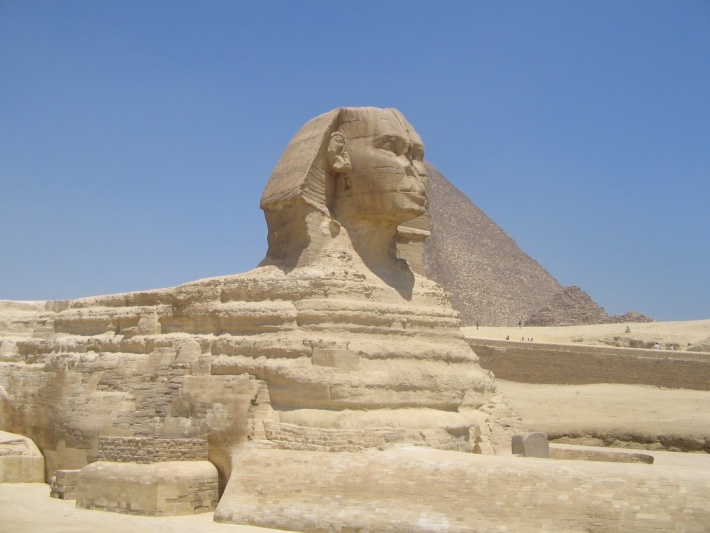 The primary flame of light on Earth resides (inter-dimensionally) below the Sphinx.

© Narayana Oracle. Reproduction is permitted provided nothing is altered and the source is cited.