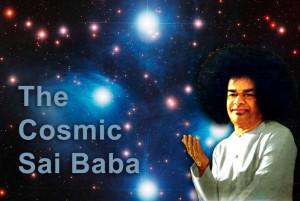 Much of the media is filled with catastrophe, horror, corruption and exposes, and just plain confronting material – and we don’t get much chance to use our intellect and evaluate the media bulletins. They assault the senses with image, video, drama and darkness. Many in France – and elsewhere around the world – are good spiritual people. Cosmic Sai Baba has told again and again, that much good is being done in the world away from the media. In this article, we bring you some reflections and a message from Cosmic Sai Baba about the Paris – and other – killings.

Good people, spiritual people of different charisms and spiritual paths have contacted us from France – and other places – and asked:

Why has France been targeted by ISIS?

The answer is in history. Christendom does not believe in the past coming back; Christendom does not hold with reincarnation, and experiencing the consequences of action taken many centuries past. Cosmic Sai Baba has taught that the basis of the Universe is Love; Love as Thought is Truth. And in this wise, if we have acted on thoughts in the past which have caused harm to others, then wheel of time and space turn and the immutable consequences are visited upon those who inflicted harm in the past.

Pope John Paul II (a truly saintly man – he has been made a saint) apologised for the sins of the Church in the past and asked for forgiveness for the terrible things done by the Church in the name of God, which had nothing to do with God.

Pope John Paul II apologised for the sins of the past:

“Pope John Paul II gave this apology in Rome on 13 March 2000 at the commencement of the liturgical season of Lent. Speaking from the altar in St Peter’s Basilica, Rome, he led all Christians into unchartered territory by seeking forgiveness for sins committed against Jews, heretics, burning people at the stake, women, midwives, healers, Knights Templar, the Cathars, other break-away Christian groups, the Gypsies and native peoples. Fighting through trembles and slurring caused by Parkinson’s disease, the Pope electrified ranks of cardinals and bishops by pleading for a future that would not repeat the mistakes. “Never again,” he said. 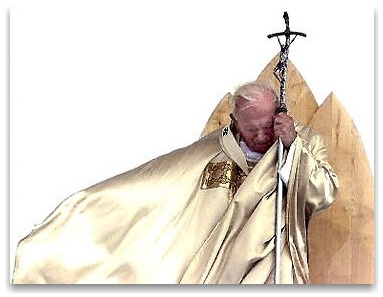 Pope John Paul II apologised for the sins of the Church
in the centuries past and prayed, “Never again!”

“Centuries of hate and rivalry could not recur in the third millennium. “We forgive and we ask forgiveness.” “We are asking pardon for the divisions among Christians, for the use of violence that some have committed in the service of truth, and for attitudes of mistrust and hostility assumed toward followers of other religions.“

Forgiveness of self is needed, as well as forgiveness of the deeds of the other. Forgiveness of self is needed for all actions in the past that we have taken, in this body, in any other body, on any plane, on any level, or in any Universe. Our lives here on this Earth are only a tiny part of the soul’s story, and our souls have lived in other worlds. We are born, we live, we pass, we move on. We come back to have other experiences, and we come back to experience the consequences of any act that harmed another. 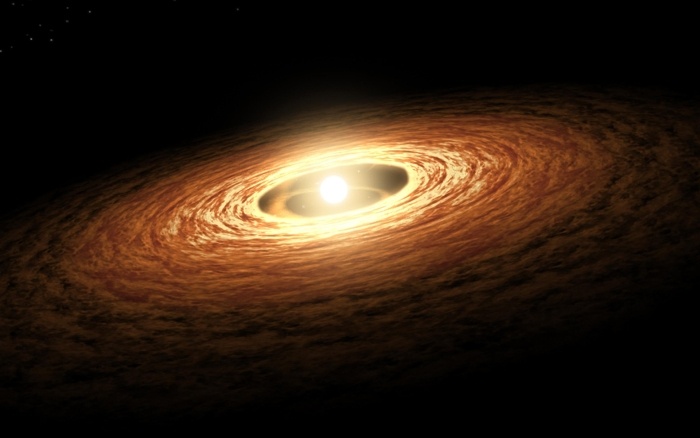 Our Soul has lived before … in many worlds, in many universes, tells Cosmic Sai Baba

The Star People, the Learning Experience

People have been coming to visit who have found us on my website and telephoned – we have then invited them to visit us and enjoyed their company. Often of interest, is they advise different sites we should be visiting to assist us in our research of the Knights Templar – more about that to come.

We are realising we have had many lives in France and this is the reason ‘Holy Spirit’ has brought us here. It is as though history is being played backwards – to right the wrongs that have occurred here and to promote the positive energy that belongs to this beautiful land. We needed to walk here and anchor the new energy that is coming onto this earth to help uplift our consciousness.

We have no regrets in our coming – the village people are very friendly, helpful and even struggle with speaking a little English, for our sake. We feel very welcomed.

My role in this life is one of a Messenger. I knew when I first started writing the first book that the Star People had brought this Stone to Earth in the first place and given it to the Australian Aboriginal People. I had not realised that I was one of those Star Beings. It is no surprise now that I felt so strongly connected with it when it was first brought here. Also that I had such a strong re-action to the stone knowing that I had to work with it and that it had to “go public.” It was a destiny that the Stone and I should come together to tell the story of its beginning here on Earth.

I think about Alcheringa’s message and I think about Eagarinna’s message. Then I think about the not so perfect Galactic Council and how it is like a replay of other government bodies now here on Earth. I think about the `Bigger Plan’ that has been decided upon by the Elohim. The very difficult decisions that have to be made to bring Divine Energy of God into all forms of life, planets, particularly Earth and this corner of the galaxy. Earth has such an important role in the evolution of this Universe. Spirit beings, gods and star-people all come here to learn the higher path, and how not to take the path of trial and tribulation.

My heart is filled with hope for our future. I feel confident mankind can overcome trial and tribulation and move forward into a world without war and arms; without disease and suffering; without hunger and want; and that decisions in all aspects of governments and society will be made always for the good of all.

It is truly our destiny to move into a Golden Age.

Valerie and John sat – with great respect – and called upon Cosmic Sai Baba in order that they might obtain an understanding of this and other recent events. Forgiveness is needed; Love, only Love, is the nature of the Source of All Creation. You may read the message of Cosmic Sai Baba about Paris, Muslims, Templars and the superstitions of Friday the 13th here 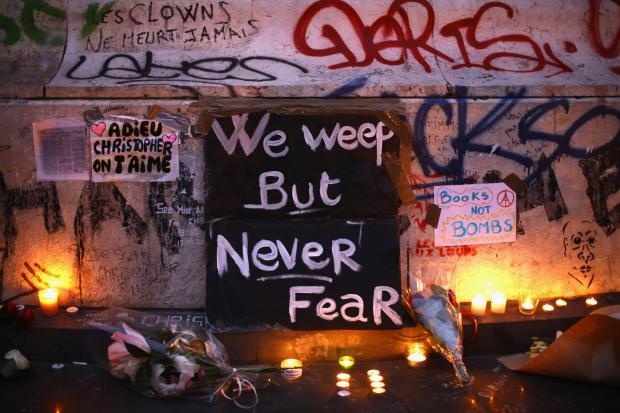