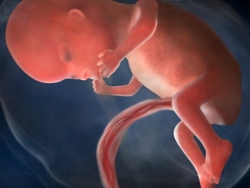 The ladies that make up the Mystery School often share that it is nearly impossible to think or to delve within themselves to find questions to ask; this is attributed to the high levels of energy present in The Oracle itself and the extra-ordinary high levels of energy that Jalarm gives out with his presence. We may vouch for this phenomenon ourself.

Yet, this phenomenon aside, a most important part of the Mystery School is the discussions the ladies have once the session has commenced; the raised levels of energy present, many spirit beings from other worlds attend (we have been told several times – and we have their gratitude for these sessions) and thoughts are floated around them by members of the Hierarchy in order that the ladies pick them up, make them their own, and then begin to develop the material presented.

Collaboration and teamwork – in harmony, cooperation and understanding – is a most valuable component of the workings of the Mystery School. Often, common-sense is blended with spiritual-sense as the participants delve deeper into the work of the School. This provides a most important foundation as we do this day explore about Reincarnation, the Zeta Greys and the journey of the human foetus.

Jacqui: wanted to ask about Reincarnation. Jacqui shared that she had been recommended to read a book written about by Dr. Ian Stevenson available only online (he has done a huge amount of work on past lives – there was a group of people in Lebanon – who believe you can only be reincarnated as the same sex as you are now). Jacqui went on to share her observations: “But I think from reading his book and all the research of past-lives that he (Stevenson) does is that your belief structure in which ever group you are in – determine what you believe on the other side. That is according to his research.

There were 33% of cases from all around the world of children of where they had been murdered in another life – so they reincarnated really quickly and they usually have birthmarks of where they were shot or stabbed.

It is fascinating – some people believe you don’t even reincarnate.

So my question is – is it your belief structure that decides whether you go to the other side or not?”

After speaking among ourselves we felt that it was important know at what level of consciousness we were receiving information. Souls moving to the next world do still hold onto their beliefs from the Earth world – some do not always realise they have died.

Souls who have moved to the World of Light can still hold onto their old belief patterns from Earth – but with further understanding and knowledge of their Soul History, they realise that yes they do reincarnate back into a different human body – and sometimes into a different race altogether within the Cosmos.

Valerie spoke of a book she had just read written by Judy Carroll and the Zeta Greys – the race who were said to be conducting ‘abductions of humans’ but goes on to explain how they are really here to assist the Human race to evolve and that none are taken without having already agreeing to the procedures.

They speak about ‘The Guardian Consciousness,’ operating at many levels.

A fascinating book “Human by Day and Zeta by Night.” Also in another book ‘The Zeta Message” they explain the different levels of consciousness as climbing a ladder until finally coming to the angelic Realms where they have no abode at all and have no limitations at all.

Just like Sai Baba was on Earth – he could manifest anything, he could shape-shift, he could distant view what was happening around Earth – and he could change things, such as the weather and heal people and sometimes return them from death.

Valerie: Who is the race organising the coming and going of the Souls onto this earth. Is it one race specifically?

The Oracle: … … not a clear response from the Oracle.

Valerie: asks again, Is it different races with one consciousness such as The Guardian Consciousness?

Jalarm sent the wine glass around in circles indicating he wished to speak through Valerie again.

Jalarm: “I am here My Dear, and you are asking if it is one race that handles the inter-action of Souls coming and going from the Planet Earth – and I would say No it is not one race – in fact there are many races assisting the humans upon this planet.

You are also asking if it is the one consciousness you referred to as the ‘Guardian Consciousness’ and if this is the One influence even though they may have taken on a different body from a Cosmic Race – and I would say YES it is.

And so My Dear your have vague memories, and in fact you do … still … operate from the Mothership in helping to send Souls with the blessing of the Karmic Board … it is registered and then downloaded into a new little one. (human baby) that is ready to be born eventually. A Soul can come in quite soon – in the early stages of the embryo or later … it influences, definitely, the foetus that is growing and then it comes in permanently – if not before – then just after the baby is born.

Jalarm: So does this answer your question?”

Jacqui: Asks, am I to understand that a foetus can just be growing and not have a soul with it?

Jalarm: The foetus is still growing yes, as I have said, it is downloaded with a Soul – that is an influence that I could describe as a little like a CD if you like. A very tiny one, but it does have information and consciousness and that is downloaded and then grows with the DNA of the little foetus as it is forming. Does this answer your question?”

a soul comes to the foetus during pregnancy – often later – and a small CD-like record is “downloaded” into the soul which has information and consciousness – this grows with the DNA of the little foetus.