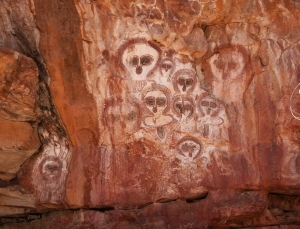 Chris: Asked about the Indigenous people – How important is it for them to regain their knowledge and their ancient ways?

Jalarm: “It is I, and it is I as Yalum because we are focusing on this for a reason and you will come to understand that more as time progresses.

The Indigenous people had a very, very, strict way of living. And they also honoured the consciousness of God the Creator in everything. There was not really anything considered sacred and separate or non-sacred they considered everything sacred. So there is a big difference in how, shall we say the Westerners think, or other races think. But when the White Man came to Australia unfortunately they intruded into their way of living and the way they honoured everything. There was a lack of understanding from where the white man came from – and I need not spell it out – it is well known I believe, in how they have been torn apart. And torn apart is correct and even from their totemic understanding that has been lost, for many just have no idea who their parents were and who their tribal ancestors were.

Unfortunately, I would have to say that the Indigenous people are suffering deeply because—YES— they do need to hold onto their beginnings and who they really are. But unfortunately so much ritual, ceremony and knowledge has been lost. They understand this deep down, and they know; and they do now actually realise that they all need to join together to become ONE and share what they do know because it hasn’t been lost completely. There still is a lot of information and knowledge available and they have agreed, certainly at a SOUL level to share this knowledge now; and share it with the white man or the men of the east – so that there is a true understanding of who Humans are.

Because, because of course they are, in Australia, the first humans.

And they did go out and spread out amongst many around the world. This is not been proven yet, although there have been many studies made about the possibility of that. And I can assure you it is real.

Jalarm: So is there something else you would like to ask?

Chris: asked: Yes, the women? The tribes were often led by women; is this going to return in some form? – Is this going to spill over in some way from the aboriginal people to the people of the west?

Jalarm: This matriarchal aspect of most tribes existed – and still does to some degree – because, even though they may not be appointed it is the women who speak up and insist that – shall we say -the men behave themselves. Because the strict laws that they had did not allow any to break the law – they were so severe – that they would be dealt with and they were put in a place that they would not dare break the law. Unfortunately they have been lost in the western world – and without ritual and ceremony and their own law, they have been lost. But then I speak of some – not very many – most still behave well and do their best to help their families.

So this is something that has to evolve – maybe change – that is happening all the time. Everything is changing – everything has movement – nothing stands still. And the Indigenous people – their role now is to teach as much as they can of their old ways and also to influence, if they can, about obvious mistakes that the western world are making in regard to nature.

And I mean MOTHER EARTH – for she is the one who nourishes you and is looking after you – growing things so that you can live. It is important that everyone respect that and take care of the planet Earth. For it is a LIVE BEING.

And when I say a LIVE BEING I mean it has a consciousness – and consciousness is not necessarily a language – it is energy and a vibration and the Mother Earth does have this.

So, with the planet herself, she can survive, she adjusts in many ways – and she receives help from other worlds at times. But … she cannot go on with being torn at without some way of losing her balance and that will upset the interaction with other planets in your solar system. This needs to be considered carefully – if the planet is to survive and be a place of beauty – which it is still – a place that people will want to come to live – and to visit – because I am saying the starpeople do visit even now – even so as a human that comes with a soul into an Earth body and experiences it here. 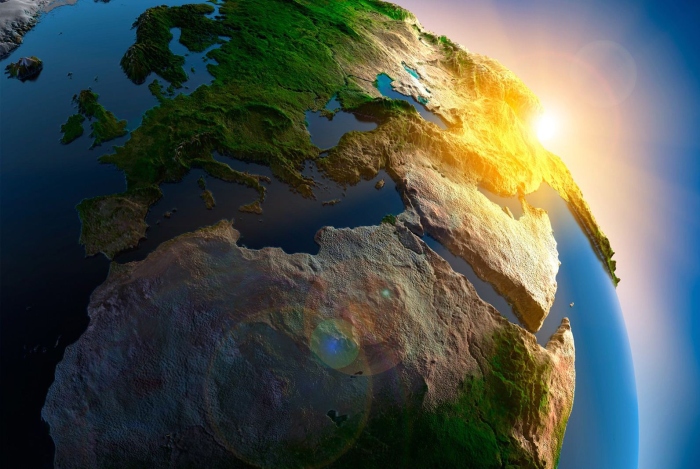 © Narayana Oracle; Reproduction is permitted provided the text is not changed and the source is cited;