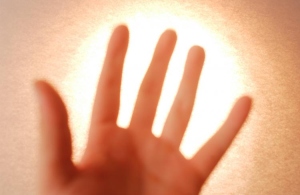 In between sessions with Jalarm and using The Oracle, the Mystery School discusses what has been said by the Atlantean Jalarm, and The Oracle. The energy is high, thoughts come via light, and via circular exploration of what has been given. Jalarm returns to the discussion to share about light, the power of light and how the earthling has this light within. Drawing on from what has been said about stargates admitting more of light energy and magnetism, Jalarm goes further to explain the links between light and wisdom within. Humanity is homo sapiens sapiens: the conscious life-form who is aware of consciousness and has wisdom.

Jalarm greets us and says:

There is no judgement here – for all are coming from the Creator Source of All.

Or God if you like to put it that way.

And so I would like you to think about LIGHT as a little – like a ladder – in that you can start from that darkness and rise, step by step, into a different level of light. Scientists speak of a speed of light and this is actually measuring the atomic energy field of light. But it is not ending there. There are darker or lighter – different levels of Light.

I want you to think about this. In a way (in fact not in a way) it is real in that it affects people differently – but it can only affect people from a Bright Light if they are ready for it. For if they are not ready for it – it would be like plugging in the wrong voltage in, shall we say a service to a house, that is not wired for that particular voltage and it (the light bulb) would explode. And in way that is what would happen to humans – if they have too much voltage from the Light or if they had too much energy from the Light, it would explode.

It is nothing to do with power of taking over, but rather the power and I speak of this as Light because you refer to your electric light as power. This is a power that is to always respect one another – to always honour each other in differences, in knowledge and wisdom. It is not a power to force anybody because you have free will, but to allow everybody to exist upon this Earth in harmony – and where there are differences that arise – it is because of the different levels of Light; because each level of light contains a level of wisdom. Does that make some sense?

When I say wisdom, I separate that from knowledge, because you can have somebody who is light, with a lot of knowledge and ability, advanced knowledge, but not the wisdom. Does that make sense?

When I say wisdom, I mean the way to use that ability and that power.

This is not a judgement—I keep saying this—because I want you to understand that there are many, many beings upon this Earth that have a lot of knowledge, a lot of ability and a lot of ways of achieving something, but not necessarily the wisdom to use it carefully. This is what has to be found to balance; and even the simplest man in the street, who does not seem to have much knowledge, can be very wise. Therefore, there is a need for all beings to listen to one another regardless of what level of knowledge they think they have – but to find balance and wisdom in everything they do.

And also to acknowledge and accept everybody in contributing to that wisdom, because it (wisdom) can come, what may be judged as the simplest, but it can come in actual fact from the wisest. But we shall not exaggerate this too much, I just want you to understand about levels of light and the wisdom that goes with each level. You can say, the wisest come from the Source of All Creation.

Be aware of that, and think about Light at different levels because this is actually what is happening upon this Earth. It is a measurement that can be taken – it is nothing to do with what is accepted as the speed of light – for there is more than that, I can assure you.

A speed of light could be measured as reaching a point where it just disappears – and with that disappearance it hasn’t disappeared at all from another level of consciousness. Do you understand what I am saying?

Jalarm:And so I would like you to think about that. Thank you. 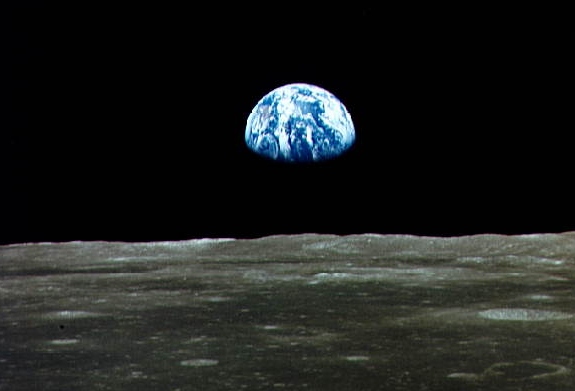 First photo of Earth from the lunar surface; Jalarm tells there is light, and light which is not visible to the human; light does not disappear when it exceeds the speed of light

© Narayana Oracle; Reproduction is permitted provided there are no alterations and the source is cited.