Hinduism has an account Creation which has both evolution and involution, Creation which ends with a return to the Source in silence. Creation occurs within the world egg, the golden womb by name Hiranyagarbha. In this article, we read of the return to wholeness in Australian Aboriginal spirituality, which, one journeyman discovers, emerges from a world-egg.


Hinduism has an account Creation which has both evolution and involution, Creation which ends with a return to the Source in silence. Creation occurs within the world egg, the golden womb by name Hiranyagarbha. In this article, we read of the return to wholeness in Australian Aboriginal spirituality, which, one journeyman discovers, emerges from a world-egg. In this article, Bruce Pascoe gives both overview and insight of indigenous spirituality, the Dreamtime.

Australian Aboriginal stories all have a spiritual component and that is impossible to hear if the listener has come with the express purpose of replacing that spirituality with Christianity or any northern hemisphere religion.

The translator records the bare bones of the story and runs off to have it recorded as myth. For example, Tiddalik the Frog drinks all the water and Australian animals line up to try and make him laugh so that he regurgitates the water. Reduced to the most basic components it’s quaint and that’s how most Aboriginal and Torres Strait Islander stories are rendered.

Even the most sincere Europeans couldn’t get their head around Aboriginal lore so those parts of any story that refer to it are left out or morphed into something acceptable to Christians. There are exceptions to this approach, of course, but they’re rare and never capture the full resonance of the lore.

Tiddalik wasn’t just a cheeky frog, he was a greedy frog and he’s broken the lore and everybody had to be involved in the solution, to bring the lore back in to balance. The story of the Southern Cross as told at Gariwerd (Grampians, Vic) is the same. The English translation emphasises violence and hatred but the subtlety of the lore, the desperate desire to balance the perfidy of men and women, is completely lost. 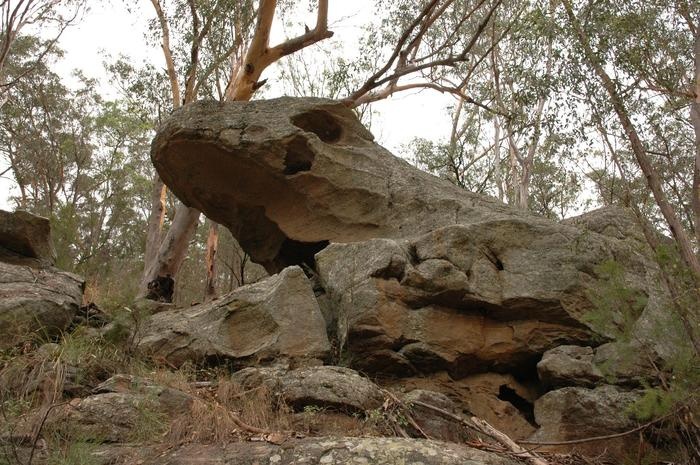 Tiddalik still sits as a reminder to all of the importance of keeping the lore in balance.

The south coast story of the whale, the shark and the rainbow serpent cannot be rendered easily in the manner that English literature understands story and fable. It is such an intense and convoluted story, encompassing everything that needs to be known about the universe but I dread anyone trying to tell it in the English style. Elements of the story are passed down in fragments and it takes years to begin to see the pattern of the carpet. The only people who could tell are those who know it in its entirety a”your own blood” being a best seller.

The desire of Europeans to explore Aboriginal culture is legitimate and understandable. Many Australians sense the mystery and power of the continent but in our acquisitive world their desire is to possess the knowledge by reading it in a book. The easy way. First of all you have to sense it in the country and then you might be told a rudimentary version of the story but you cannot possess it. Isn’t the country itself enough?

Aboriginal culture cannot be summed up in a story or myth because the English translation always reduces it to a diminutive and describes it that way as Aboriginal story, myths and legends. Reductionism, when in fact the story is an explanation of the universe. I could explain that by talking about the lore in New South Wales and Victoria, the all-encompassing philosophy, but some elements are too close to my artery, and most I don’t know sufficiently to give a fully coherent explanation. The best I can do is to talk about a massive plate of rock art near Mount Borradaile in the Northern Territory which was shown to me by a mate of my brother in law.

To see it properly you have to lie on your back and see it as the artist, the philosopher, saw it. I cannot explain it all, it would be indecent of me to try, but it is in the shape of a giant egg. It’s a massive thing and it has a border around the egg like the edge of the universe. Inside the egg is everything. Everything. The whole of human experience. I had water spilling over my face when I realised what I was looking at and felt shame for being a tourist. Was I supposed to be looking at this statement without undertaking the gruelling journey towards its unveiling?

Probably not. I won’t go back even though I often dream of the universal egg and I suppose the dreaming means I don’t need to go back. 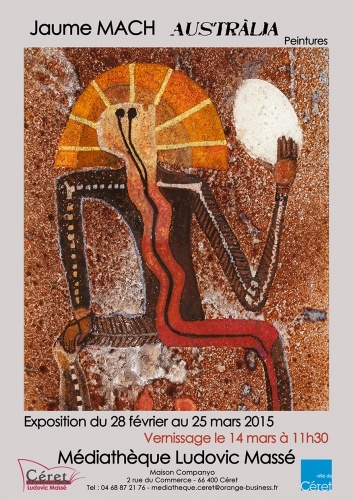 World Egg held by Alcheringa as channelled by French Artist Jaume Mach. The artist tells that Spirit has entered him and is guiding the painting …

There are some protocols in existence for the handling of Aboriginal art, Aboriginal story, but they will always be inadequate until Australia accepts that our people were the first people and had a philosophy, a spirituality of such enormous power and subtlety that it was adopted year after year by each new generation for 80,000 years. Not without changes in style and texture and detail but adopted for its profundity and integrity.

And there may be signs that Australia can begin to embrace Aboriginal story. Redfern now, First Footprints, the Gods of Wheat Street, could not have appeared on Australian TV ten years ago but perhaps there is an audience now, a willingness to explore beyond white soap. But art always marches in front of politics and the economy. Flicking on to a few shows or downloading the odd black movie is not the same as adopting those stories as your own history.

Australia’s unreadiness to understand the cultural protocols is evidenced in the profane treatment of the world’s largest philosophic statement at Burrup Peninsula. For the sake of a pocket full of gas that will be shipped to China over fifteen years to fire the gas rings so wantons can be cooked, that massive human yearning is being torn apart by heathens in hi-viz vests under the instructions of people who win elections by saying they respect Aboriginal culture.

I said ‘world’s largest’ to catch your attention but the dreaming songline that extends from North Queensland down the east coast of Australia, around Tasmania and across the Gulf to Rottnest Island is far bigger but who is there with the authority to talk about the whole journey?

You’ve got the country, Australia, don’t try and steal its soul, reduce it to a neat story and then splash it across the pages of a children’s book. Australia already believes a children’s version of its history; don’t demean its culture as well until you’re invited.