Yalarm (who has come to talk about matters on Earth in Atlantean times) indicates that he once had an (incarnation) on one of the stars in Sirius. Yalarm tells that there are many different races on the stars and planets in this constellation. Light beings can also change their colour. Light is colour, colour is vibration, and light beings may vary their light and vibration; there is a sound which goes with that as well. Time is different in the other dimensions, compared to time as measured by scientists on Earth.

In Atlantean times, the North Pole was different – it was warmer then – and there were tall, white skinned, white haired race which lived in the Northern Hemisphere. They came with much knowledge and they had advanced technology, which has been passed on through drawings in Egypt and other places around Europe, South America, Australia (yet to be found), and also in Africa.

Yalarm tells that there has been evidence found that the South Pole was warmer once; The white skinned, blue eyed and white haired race from Arcturus also flourished there.

Some of the souls that come into incarnation on Earth have a very strong connection to Arcturus, and that continues to influence them. This also applies to humans who have had other lives in other races in the Universe. All these are influenced in their cultural ways and their technology and their understanding of the Creative Source of All.

The Universe, the galaxy, the solar system constantly changes; nothing within the Cosmos is motionless, without change. The Earth evolves through cycles, and has recently gone through a magnificent cycle which will bring us into the Golden Age and the 5th dimension. In the 5th dimension time – compared to our time here on Earth in the 3rd Dimension – time in the 5th dimension is very fast.

We will still need to eat, in one form or another in the 5th Dimension. The body will still need to be nourished by food, and we will also continue to need nourishment from the Creative Source of All, which is giving life to everything – not just here on Earth – but in Solar Systems, in galaxies and within the Universe and all the other Universes.

Yalarm confirms that the story of Abraham in the Bible is in essence correct, although there is a much larger overview and history. But in essence it is correct and it needs to be read intuitively in order to gain further perspectives. 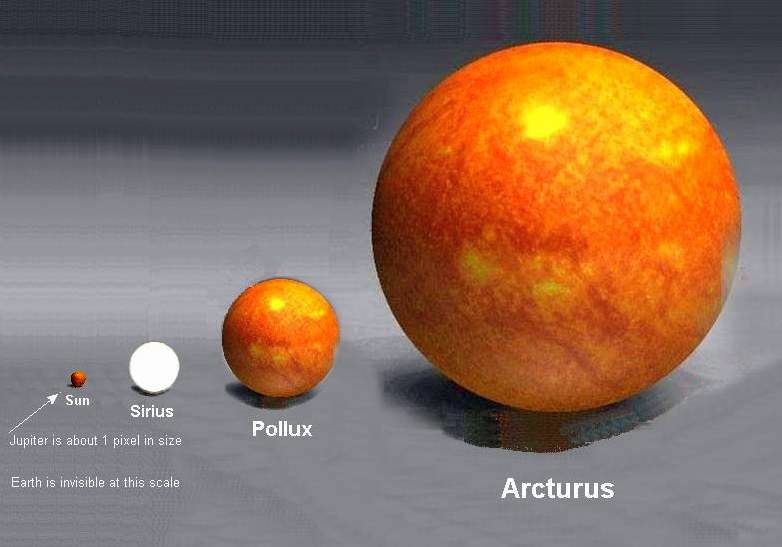 Comparison of Jupiter, our Sun and other stars with Arcturus