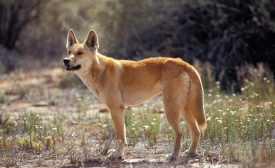 In many sessions of the Mystery School, we have been taught that everything on Earth has been brought here from somewhere else. The great sea-beings, the whales and other cetaceans, came very early, to hold a vibration of peace and harmony in the waters. The Earth was moved into its present orbit (to allow for warm-blooded creatures) and the Moon was brought here to be our satellite. Jalarm and The Oracle have spoken often about creatures from the past and how they were brought here.

In this session, we learn of the Dingo, which does not share any of its DNA with other species of canines. We also learn of the perpetual presence of high beings, angels and possible mass-vision of Sai Baba, who is still here in the next dimension.


Valerie: Says the Dingo is not related to the wolf or dog in the DNA. Where does it come from?

Jalarm: The Dingo came from the Star Worlds – the same as in the beginning of the human. It did not inherit a body that already existed upon this Earth. It just came here and evolved from that! Can you accept that? Can you accept that it is possible? For an energy to come here in a Form without being interacted in some genetic way with something already existing upon this planet?

Well indeed that is how the Dingo came. And you will find that the tribal Australian aboriginal people – understand and know that and hold their dingo in high regard. However, it is an animal, and by that I mean it does feed upon flesh and so it can be dangerous – but left on its own – it does not really interfere with humans.

Jacqui: Is it possible to incarnate as, say, a dog?

Jalarm: I would say no. But this is actually part of evolvement of a race – and rather than say it could be the other way around, that the beginnings of the Dingo for instance, could evolve into a human. This is not quite the same of what you have just asked me? You understand that?”

Jalarm: And that applies to many of the animals, actually, but you do not return to that. That is a different dimension – and it is not going down the ladder – in ascension – it is going up the ladder.” 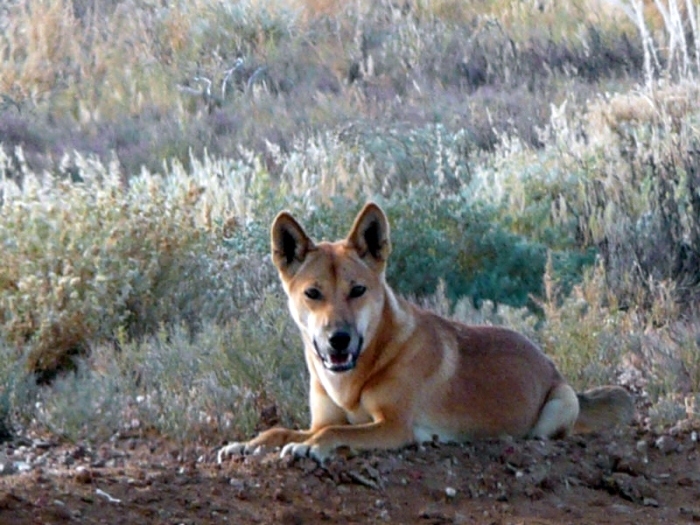 Dingo in the Flinders Ranges, Australia. The DNA of this species is not shared with other canines.

Jacqui: Will Sai Baba manifest to a very, very large group of people in the next few years? Maybe even in the sky or something?

Jalarm: This is something I know Valerie is praying for and would like to see and hear very much – and many people ask it. For me I could say yes, but situations may not allow – it depends on man or human themselves. If they pray and there is enough light so that he is revered so much that they want him to come – and that he could come and not be attacked – he would welcome that opportunity. Because it is an energy that is not readily held here on this Earth just at this time.

However, (Jalarm wisped to us) I think, in time, he could well show himself.

But keep that quiet. (We all gigled like children.) For he is appearing at many places at this time and people know this. Some people have expectations and are disappointed because their expectations are not met – but then what is the difference from Sai Baba coming to them individually or coming to them in a large group?

The presence of God in the place of the Angels and the unlimited Beings – come and go all the time on your planet Earth. Many people brush it away as imagination – or just take it for granted. But if everybody wakes-up and becomes aware they would find that there is a presence of a Holy One always around them.

Is this not so?

Jalarm: You do not answer?

Jacqui: Oh! Sorry!! I was just thinking of when I was a child – and yes I saw an Angel and many things like that since.

Jalarm: Then why would you doubt that they are here all the time?

Everyone laughed … and he left. 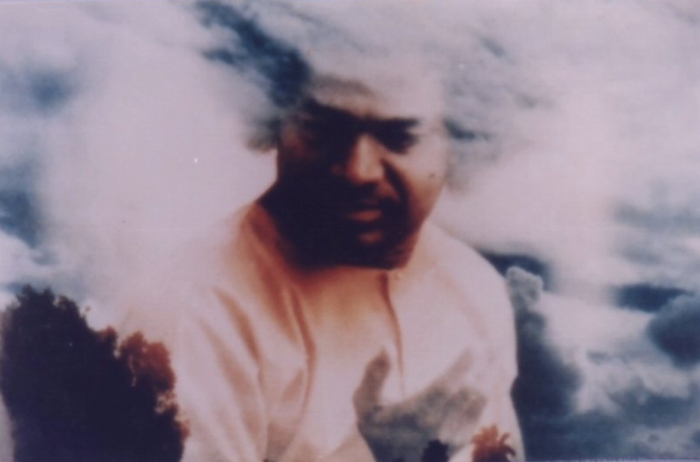 Jalarm: I have enjoyed my morning with you girls and I wish to thank you for being so diligent in the work that you do with us. And I say us from all that come and I would say also that there are many who are witnessing what takes place here. I do not want you to worry about this. But there are classes in many realms and we share you with some of those classes. Does that worry you at all?

Group: We all said No.

Jalarm: This is good. It also helps for communication to take place at different levels and dimensions because as has already been said some of the information is difficult to communicate at certain levels. It helps to bridge that gap. If that makes sense.

When you are gathered here you are all very linked in consciousness and it is probably difficult for you to remember what has taken place. Therefore, I am very pleased that you do record and you do remember to read what has taken place just to remind you. Because that helps to “earth” that information. There is nothing more I would like to say, accept thank you from my heart.

It is a consciousness – it is one of Universal Love and we share that with you, we embrace that with you – and we do love you – thank you My girls – Thank you.

We closed the Oracle joining hands – and chanting Om … 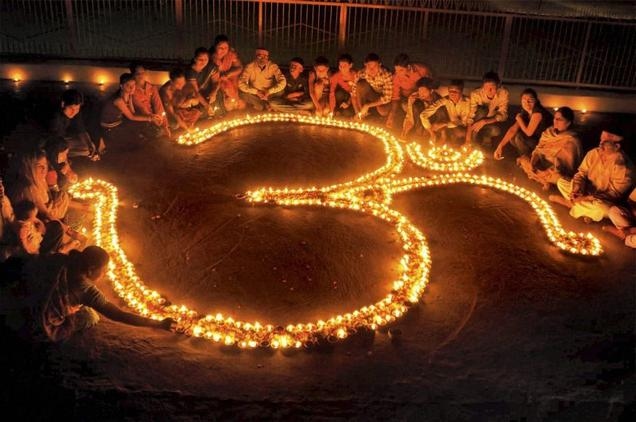