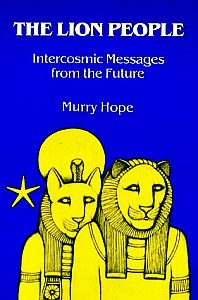 Much has been written about evolution on this planet, and the missing link between the hairy-upstanding-ape and the human with self awareness, homo sapiens sapiens. (That second sapiens means the human is also capable of reviewing information within and practising wisdom.) However, there have been to genesis events on Earth, one reptilian and the other, mammalian. However, if we are to learn about evolutionary patterns on Earth, the Leonines tell that “humans must negotiate time in order to understand evolutionary patterns”.

In the Leonine transmissions received by Murry Hope, time zones exist side-by-side, or one within the other. There are to time zones, inner time and outer time. Dreams negotiate time zone experiences. There is a point in outer time that embraces all time. Not all time zones are known, for all species with consciousness have filters and perception differences. In fact, these differences can kill.

Humans have been very uncomfortable with those great Masters, Teachers and Saints of the different faith systems who have incarnated from the future. The typical response to such beings is to discredit them, destroy them and obliterate their teachings, for they the comfort of thinking patterns. Those who have a comfort zone with inner time thinking patterns become disturbed when another from an outer time zone takes birth and begins giving teachings. Inner time people seek the inner circle of well-being, family structure, physical satisfaction and personal gratification. While the biblical strophe tells seek and ye shall find, what really needs to be encountered is the timeless state of outer time.

Many have come and told “Everything is happening now“. Many metaphors of the soul, awareness and consciousness are given: the soul and the oversoul with the spokes like the wagon-wheel, the central hub being the oversoul living in a timeless state; the experience of parallel lives and parallel universes and the knowledge – discovered by science and quantum physicists – of multiverses and multiple dimensions both within the human DNA and in the universes. Outer time proclaims: everything has happened in another time zone.

There exist two principal time zones, inner time and outer time. Language is applied to time zones, loading them up with spiritual, scientific and metaphysical meanings. Some speak of inner planes, angelic realms, brotherhood of light, higher awareness: these are all labels for time zones, principally, the outer time zone.

Where is God? It is suggested that we might substitute “time” for “God” and matters would not be awry. There is a Centre Point consisting of multiple energies, multiple intelligences which can be experienced in any time zone at any when, any where; the Centre Point is the eternal now. While there have been multiple big bangs, and many trace linearity of time, in fact, there is only now, an eternal now.

It is possible for humans to develop inter-time sight. Just as x-rays stop at the bones and hence show the location of the bones, and by way of inks and barium meals, show the state of various organs, so also, the brain can evolve in inner time and “negotiate time in order to understand evolutionary patterns”. For the human, time is relative and not connected to the speed of thought, which is an event in the eternal now. Telepathic communication – as is happening in the Mystery School from 6000 years in our future (see here, here, and here) – is also an event that is happening in the eternal NOW. It is possible for the human, that communication with other time zones will become common practice. It is a matter of awareness of time zones.

There are those who make statements such as “I don’t believe in reincarnation” … such a statement places a person on the evolutionary ladder and identifies where they are in evolving consciousness. Intolerance shackles people to inner time. There is also a need to change language, as we mentioned earlier: a spark of the divine might be better called “essence”; words such as vibrations, higher and lower levels, seventh heaven, galactic planes, brotherhood of light: these are all different names for time zones. We need to wipe the slate clean and stop trying to categorise everything. Everything has “essence” as an aspect of the central creative force.

With time zones, we can be aware, and more aware; we can rise to the “higher level” of the outer time zone (if it can be put that way) as a matter of expansion. A higher level is equal to a time zone encompassing a wider, more comprehensive field of experience. Comprehension of the central creative force is governed by stages of awareness – the capacity to widen the field of experience – widen the felt experience beyond the body. So we might evolve to saying “time is (was) a vibration to harmony to essence! 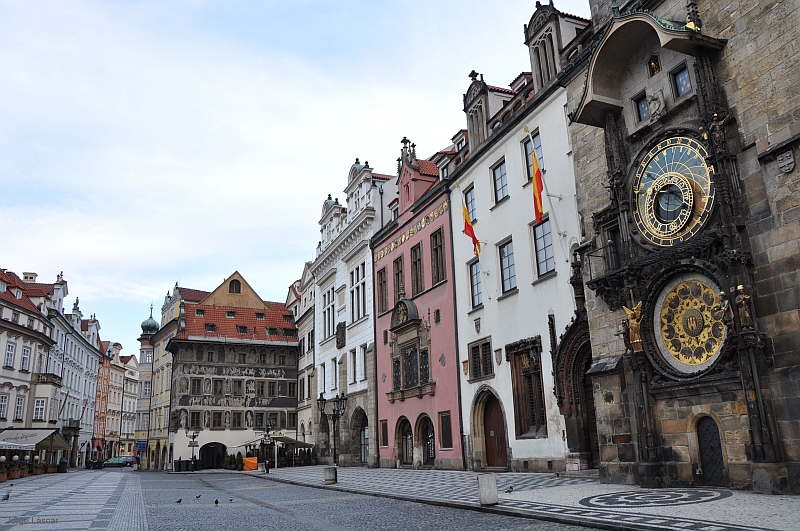 The Prague Astronomical Clock’s face is impressively complex, giving not only the expected time with respect to the Sun (solar time), but the time relative to the stars (sidereal time), the times of sunrise and sunset at several latitudes including the equator, the phase of the Moon, and much more. The clock began operation in 1410, and even though much of its inner workings have been modernised several times, original parts remain. Below the clock is a nearly-equal sized solar calendar that rotates only once a year.