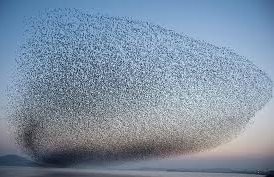 Amid the extreme heat of an Australian Summer, The Mystery School meets. With humility, they ask for a message from Jalarm (pronounced Yalum) and receive a surprising answer about how Oracles operated in the times before the Fall of Atlantis. The questions for today range from energy obtained from trees and their role in the nurturance of the Earth and its atmosphere. There is also a question on the nature of group minds and how these operate. Jalarm reminds us that thinking creates our world and our experience. Positive thoughts and prayers can make our world a better place. The ladies present share a common vision of a tall cross in the Australian Outback.

Yalarm: I am here – and I am very pleased to be here – and to know that I am welcomed and given an opportunity to communicate through you three girls – because the work that you are doing is very important – more so than you realise at this time.

I am grateful that you only want to flow with your feelings because that is what I am encouraging you to do. So asking me if I have a message – rather than questions coming – that is good.

However, there is really no message I would like to make to day except that we from The World of Light are very, very happy with the work you do with us.

You are an ORACLE because in ancient times that is much the same as the Oracle often given – there is various recordings made of Oracles – and messages from ancient times and this is what in how it was received. Not exactly with the wine glass – but rather through a crystal. And this message was very similar – more like dowsing if you like.

But it was similar – and it still operates the same way. So if you go ahead now, this day and I am ready to answer any questions that you may have.

The Role of Trees in our Creation

Jacqui: A question from Chris is “Can a tree transform energy – and can humans obtain a positive healing energy from trees – i.e. the older trees?”

Everything has a consciousness and so yes, you can relate to the trees which connect to the earth – and that doubles the consciousness – and it is possible to receive an understanding that would then be translated into your brain – or through your brain – into knowledge. 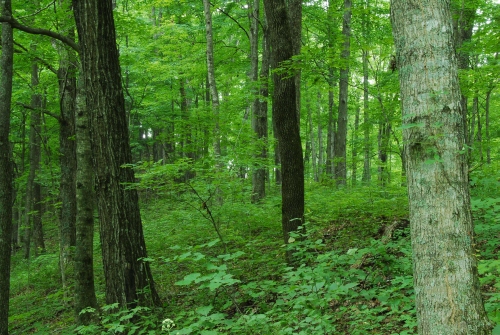 Everything has a consciousness …

Does that make some sense? (they all agreed)
Does that answer your question? (I think so, yes)

Jacqui:The 2nd part of Chris’s question is “Did trees originally have a role to bring balance to the Earth’s ionosphere and magnetic field?”

Jalarm: As I have already said, everything is connected. So I have already answered that question. But if you are asking if a tree – if its form has come from another place within your galaxy – but there is no need to go there. I would like to add that everything that is in a physical form, and by that I mean in a form which is physics and chemistry, which is what your human body is also, but so is everything else upon your planet – and your planet itself is physics (energy) and chemistry.

And so it was created, that is for sure, and everything that is needed to grow upon this planet was brought here. Is that enough for you?

Jalarm: I would like to add here also that there is a signature for everything that has a form and so the signature was actually brought here to allow a form to take place grow – interacting with the energy that exists in this planet and you ask about the tree – and the tree is one of them.

And so it is has a direct connection to the Creative Source of All – it has a role to play, you know, with the interaction of oxygen and carbon. And this is a very important role that is played on this Earth.

Yalarm: Is there another question?

The Role of Group Minds

Jacqui: Another question from Chris: Recently the Canadian sardine fleet returned to shore with no catch. The sardines had disappeared. Is this evidence that species have group minds? Can group minds of different species collaborate?

Jalarm: Yes – in a way that is true – I think we have just already explained about everything being connected. The group mind, if you like to describe it as that, is a consciousness – it does not operate the same as in thoughts and words – but in some ways it does. There is an energy that flows and it is immediately connected to, shall we say ‘The School’ of fish. The same as the birds in the sky when the flow in unison – you look at them and the pattern is formed and you can see that there seems to be some sort of connection in the way they move together. Totally in unison – so is that not evidence of a group mind, if you like to put it that way? 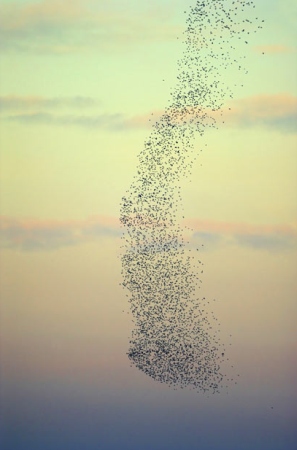 Jacqui: Well, talking about the group mind, one of the questions Chris has is “How do you change a destructive group mind?”

Jalarm: If I may intrude here. If there is a group mind that is not necessarily the fish or bird, but in the human – if you feel that there is a ‘destruction’ afoot amongst that group mind, then that can be changed or by influence – but one has to be careful about what one can influence.

You are all Creators – when you connect to the World of Creation and work from that point, you can put it to the Consciousness that exists there and ask if this is right for humanity or the Earth and if it is not. Then just leave it alone. But if it is not then just pray and ask ‘how you can help to change it’ or ‘influence it’. And you will be told, I know, that energy by thought and prayer – everything that connects to that consciousness of Universal Love be sent to that place that you feel is influenced by a destructive force. And that is all you need to do.

Yalarm left for the time being.

There was conversation amongst us.

Jill: said that on the radio in the early hours of the morning there was a group of up to 5 tribes in the Central Australia who have a spiritual uprising together in they are wanting to erect a huge Cross – the Cross is going to be on a hill – engineers are working on the construction and that it is so high they are concerned about lower flying aircraft. And they believe it will be the absolute beginning of a spiritual uprising throughout Australia and then beyond.

Jill: said she heard a little about that in inland Australia and thought well that is a little bit of a ‘group mind’ working in a constructive way.

It sounded so interesting a total collective thinking of the elders and they are basing the idea on the huge statue of Jesus on top of a high mountain in Brazil.

Valli: I feel that this is not representing just Christian teachings but a more Universal spiritual thinking.

Jacqui: In the 1990’s a Tall Being woke me and showed me a very huge cross. Later at the annual Mind Body and Spirit Festival, I saw photos of hundreds of people around the World reporting seeing this same cross. 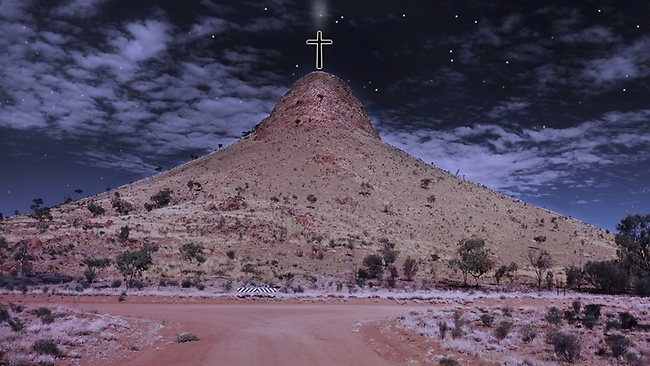 More talk then Jalarm signalled that he wished to talk through Valerie.