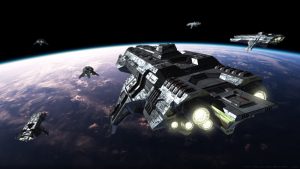 There is science-fiction; there are movies with their animations and themes of space vessels; there are the television series – Startrek, Thunderbirds, Space Family Robinson. We have cartoon series, “The Jetsons”, and of course, Marvin the Martian. All these are regarded as somewhat harmless for they emerge from the realm of fiction and fantasy. What if Star Wars along with its otherworldly species, light sabres and the Galactic Empire are real in one form or another? Below, we give some reflections to this.


Disclosure is to do with the appearance of space ships or star ships in the sky. Such appearance has been foretold for many years, and the dates do not work out. Nonetheless, disclosure will happen. In other words they are going to show themselves – EN MASSE.

Those who seek to participate in that disclosure are part of the united galaxies and united star people in those galaxies. They are called the United Planetary Nations, and are like the United Nations on Earth. They seek to come and disclose their existence to humanity and to bypass the political – and other – suppressions of their existence.

There have been many sightings of late of starships and independent vessels sometimes called scoutships. There are also the vessels known as cloudships, wherein they are hidden within the mass of the clouds. Here is an example in Columbia, South America, July 20136.

The word Alien and the Matter of Aliens…

Alien: alien is a word used by those who experience or expect opposition. Be careful, “upstairs” (and by this I mean the Angelic realms), does not use this term. It refers to strangers, extraterrestrial beings, the unknown, estranges your reader and induces fear. Urban legends and myth-makers say that governments refuse to acknowledge the presence of aliens due fear. There is a bit of history here. There is a significant collection of invasion literature that details conflict between mankind and an extra-terrestrial race. The turn of the century, 1890-1930 are the beginnings of this invasion literature. H.G. Wells and his “The War of the Worlds” is probably the most well known example. It caused public riots in New York.

“The War of the Worlds” is an episode of the American radio drama anthology series The Mercury Theatre on the Air. It was performed as a Halloween episode of the series on Sunday, October 30, 1938, and aired over the Columbia Broadcasting System radio network. Directed and narrated by actor and future film-maker Orson Welles, the episode was an adaptation of H. G. Wells’ novel The War of the Worlds (1898). It became famous for causing mass panic, listeners thought that these matters were actually occurring as they listened.

Here is the link to the New York Times coverage of “Radio Listeners Panic, Taking War Drama as Fact”: http://www.war-of-the-worlds.org/Radio/Newspapers/Oct31/NYT.html 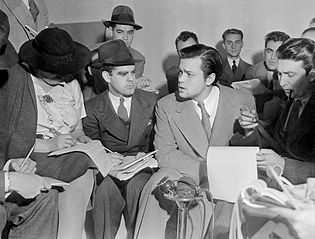 Orson Welles with reporters after the broadcast

Much has been said about what will happen when disclosure takes place. Many expect fear – as you read above, Orson Welles generated public fear and reactions simply through reading of a book on the airwaves. When disclosure takes place, it will open up a new paradigm in mass thinking with many on this Earth. Many have already known about the existence of life on the stars and in other universes, but there are those who have not or doubted it, they will have no doubt at all. And this will help also to broaden people’s thinking into decisions that they make in everyday life because they know that what happens upon this planet is not just here – it happens in many places all around the Universe.

It is felt by many that this event is close, and for some, the forthcoming Lunar and Solar eclipses portent that disclosure will happen in this year 2017 and it will be the beginning of much more, of course, after that. Much more understanding – much more knowledge and much more forgiveness – and understanding about the true reality of life – life on this planet and life in other places as well.

There are crop cirles that also indicate the coming of disclosure. The following crop circle has a 4D box in the centre. We look to the 4th dimension for it is told that the space vessels and their inhabitants, the star people, exist in higher dimensions – 4th, 5th, and are not visible in the lower 3D reality. It is told that they must take steps to slow down their vibratory rate in order to be seen in this dimension. 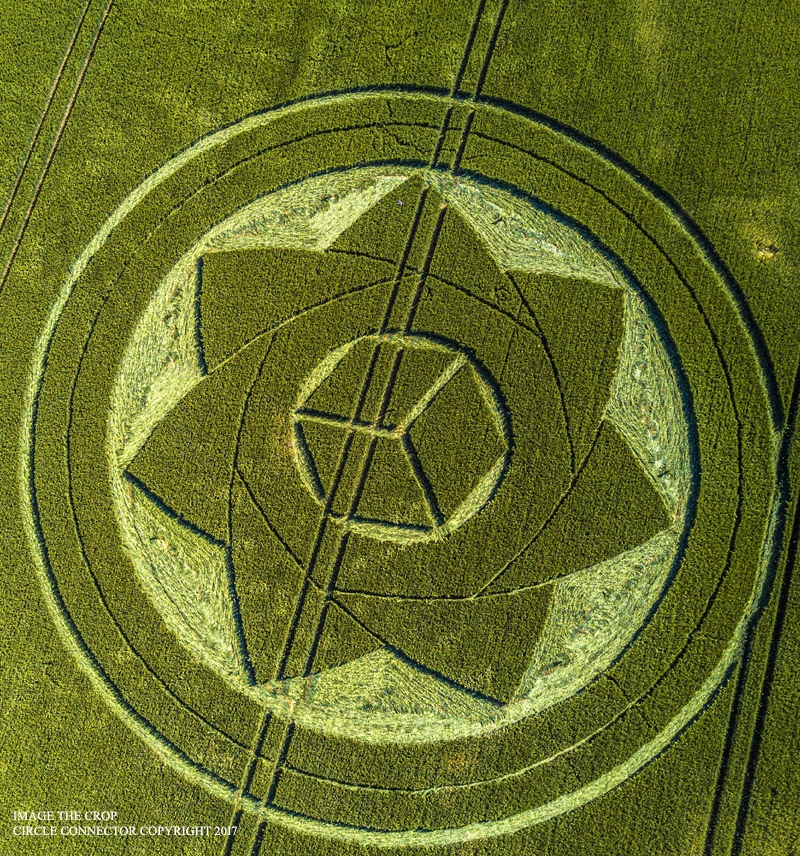 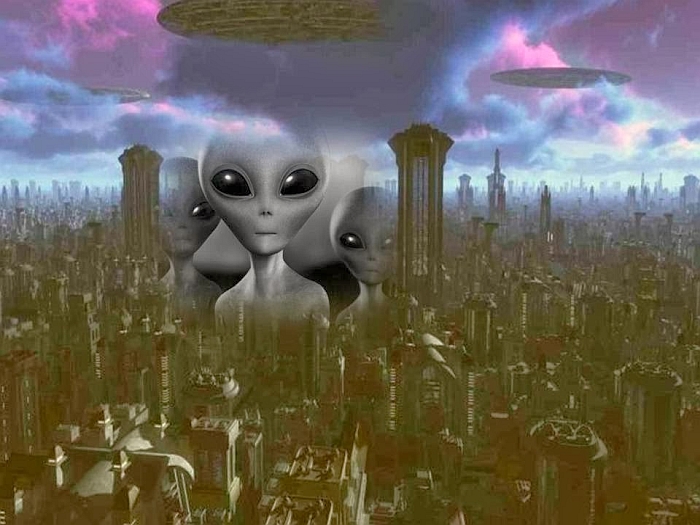 We wish to speak directly about a number of “soft” Disclosure releases occurring from your world specifically about video images of various ET species. We cannot speak for all of them, but there are some which are truly images of other species. We believe this is the next level of disclosure planned by your governments as they see a necessity for you to become comfortable with these images. It is part of the planned exposure to our presence on your world. While some of us look like you, some are very different in appearance, and this “conditioning” must occur for you to reach a level of comfort in how we appear to you.

Indeed, we have discussed in our own councils sending you our own images to this effect. Of course, no true consensus has been reached although we are of the position that such would benefit you greatly in this respect. With Disclosure nearer than ever, it may still come to pass.

Most believe that they will be able to accept our appearance once they see our various forms, but even the most prepared among you may still recoil upon the appearance of some species to you. This conditioning, then, is a necessary step in the process and one you can accept as a sign that Disclosure is near. We believe these images will continue to “appear” in your media without word of their origin into the future as you become more acquainted with our various forms.

You have been genetically engineered from long ago towards a tendency to xenophobia. It is part of your biological makeup and something we have taken into account in the Disclosure process. While we encourage your willingness to see us for who we really are, we recognize that you will have a biological urge to “recoil,” as it were, towards certain of our species. Do not look down upon each other for this reaction. Rather, see it for what it is. Know that when we come, we will act with the utmost in diplomacy for your feelings and preconceptions.

We are getting closer now and it is time to prepare accordingly. See these signs around you for what they are. Your level of excitement is directly related to the truth you feel in your heart. Use that as your ultimate filter to guide you in these matters. Be joyous for what is coming. 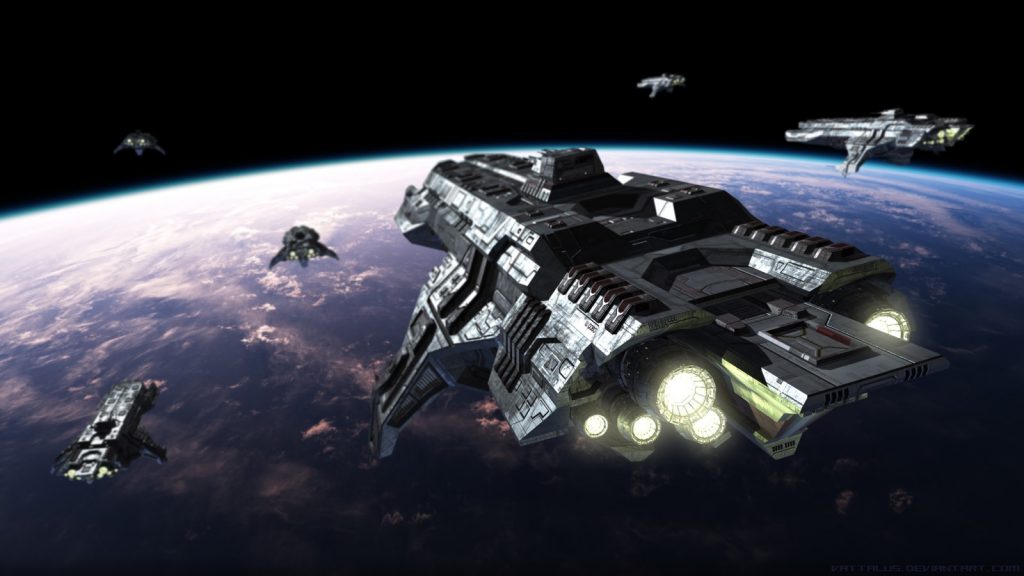