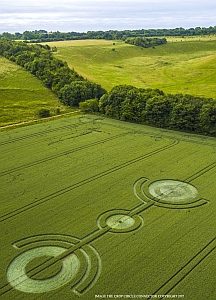 On 26 June, a crop circle was reported at Thorn Hill, Wiltshire, UK, which appears to establish connections between heavenly bodies through a central connecting device, thought to be the central sun of all universes. Other crop circles reported in June either confirm same or point to the forthcoming total solar eclipse of 21 August 2017.


Crop Circles are geometric patterns that appear mysteriously in crop fields. The crop is not cut, but is usually laid flat and most often swirled into an attractive floor pattern. Most patterns appear in cereal crops such as wheat and barley, but circles have been known to occur (in lesser numbers) in oilseed rape, maize, linseed, grass and even borage – to name a few. In the US many circles appear in soya, as it grown prevalently in that part of the world. Here, we look at Thorn Hill of 26 June:

The first impression is two galaxies and energies passing through the central sun. 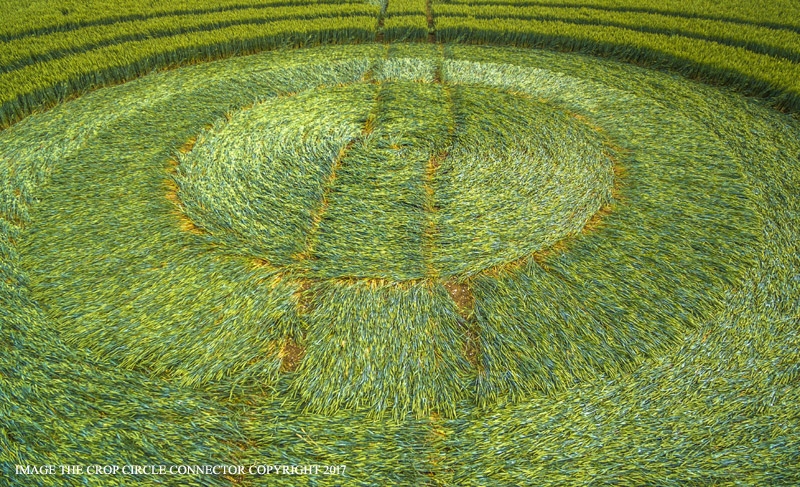 One galaxy is awry, the tram lines are not quite straight.

Cosmic Sai Baba has told, “there is a problem with your planet” the problem extends out to all planets in this solar system, perhaps this galaxy of ours which we call the Orion arm of the Universe.

That could be so on account of the abberations of the Reptillians, the Draco, the wars 400 million years ago wherein
Hanuman fought for possession of this galaxy and lost. The Hierarchy allowed things to happen … just as the great betrayal was allowed to happen 900,000 years ago with the Mission of the Mothership Rexegena.

If you look closely here, you will see areas of light and dark suggesting that matters in our galaxy are awry, and in need of repair, straightening, filling with light. 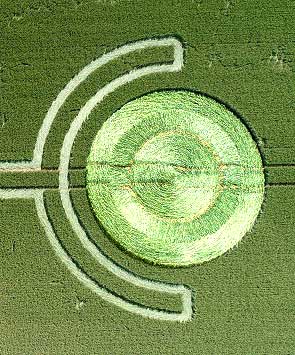 A greater plan was put in place, with the long view. All souls that participated in the mission of the Mothership Rexegena would be here to see the correction, the adjustment, the repair of the energies and the dimensions to match that of the Andromeda galaxy. There will be balance: 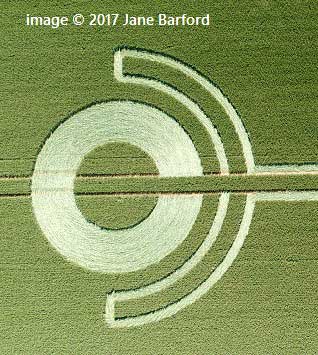 And as many do surmise, the balance shall come from energies passing through the central Sun of all universes to our Sun:

This may be expanded by saying that yes, every galaxy has a black hole (many, in fact) and that black hole is actually filled with light at a higher density or vibration, and we – in 3D reality – see it as dark star or black hole.  Possibly in 5th, 6th or 10 dimension, we may see these as stars filled with light.

Many other Crop Circles have appeared during the month of June 2017: The circle of 21 June at West Kennett suggests an interleaving pattern within a circle suggesting the whole. It may refer to the fact that starpeople say that the 3rd and 4th Dimensions are one and same; it may refer to integration (interleaving) of energies from the Central Sun, suggested by the keyhole imago in the centre of the crop circle, so: 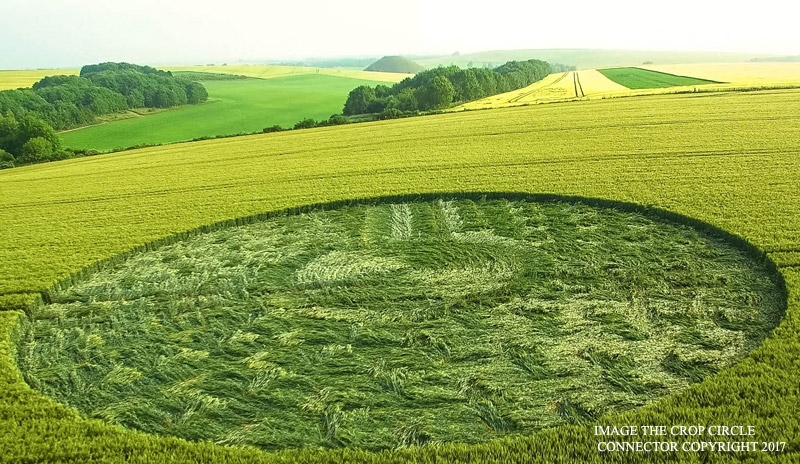 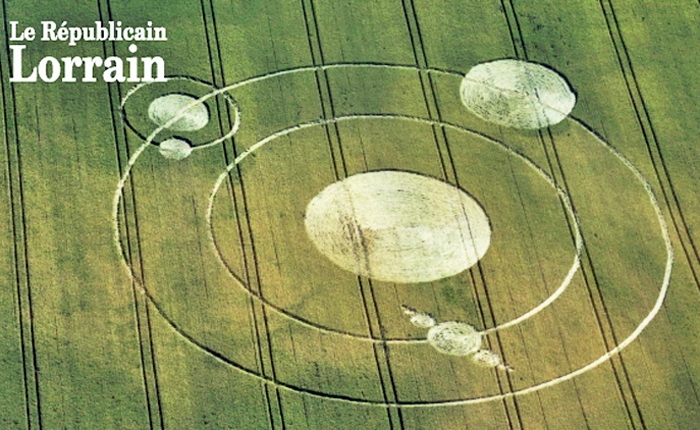 Valerie Barrow has recently travelled through department lorrain, France, and writes in response to query:

Yes,   we know the area well   we travelled there when we first travelled together in France following Jehanne d’Arc’s journey. She grew up in Lorraine and strangely the countryside is just like the Southern Highlands.  There was another crop circle appeared there the day I nearly died when we were living in France. ALSO  June 18th, 2017 with the latest one now – happens to be John and my wedding anniversary. I think this latest one has something to do with the alignment of the suns and/or the dark holes that exist in the centre of galaxies … … i.e. the Milky Way and Andromeda.

The crop circle of 9 June (strawberry full moon night) at Little Knoll, Nr Maiden Bradley, Wiltshire, offers a pentagram shape bisected by an overlay suggesting the total solar eclipse of 21 August. The interleaving appears once again in a pentagon in the centre of the crop circle, intimating the number 5, integration, and hence, with the outer bisecting figure, the integration of energies of the 5th dimension are connected somewhat to the forthcoming solar eclipse of 21 August 2017:

The Woolstone Hill Crop Circle, if overlaid the previous day’s crop circle, suggests the moon transiting across the face of the Earth as seen from the Sun. It presages the forthcoming solar eclipse of 21 August 2017. 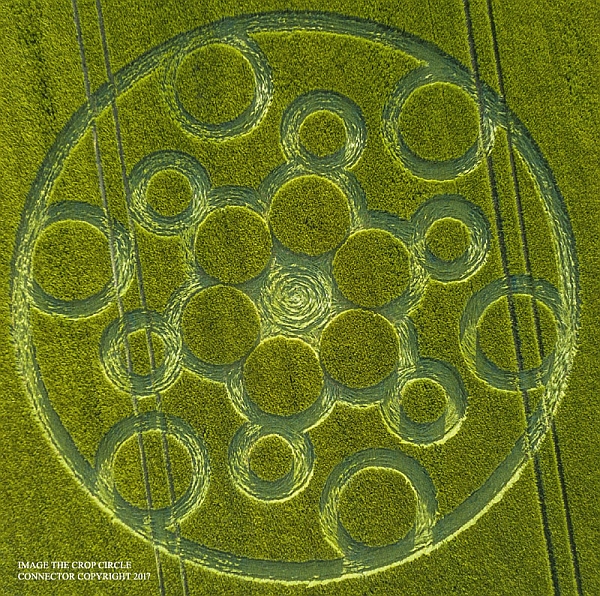 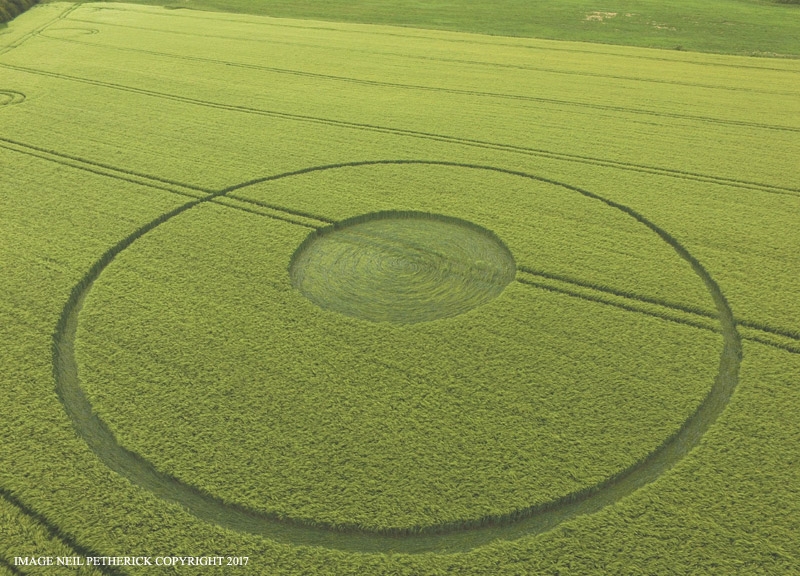 On 2nd June at Crézancy-en-Sancerre, France 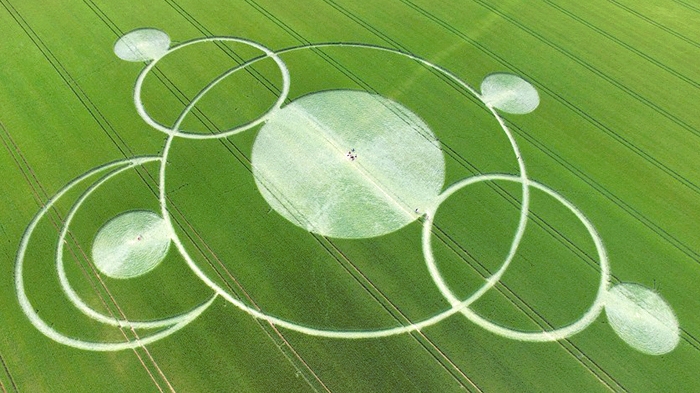 The long, horizontal part of that Le Briou crop picture suggests a transit of our Moon across the face of the Sun (as seen from Earth) on August 21 2017, which may be accompanied by bright “Baily’s beads” of light on either side: 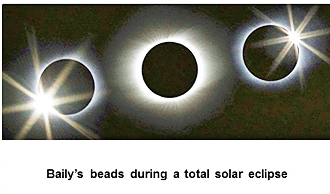 All images © The Crop Circle Connector, 2017 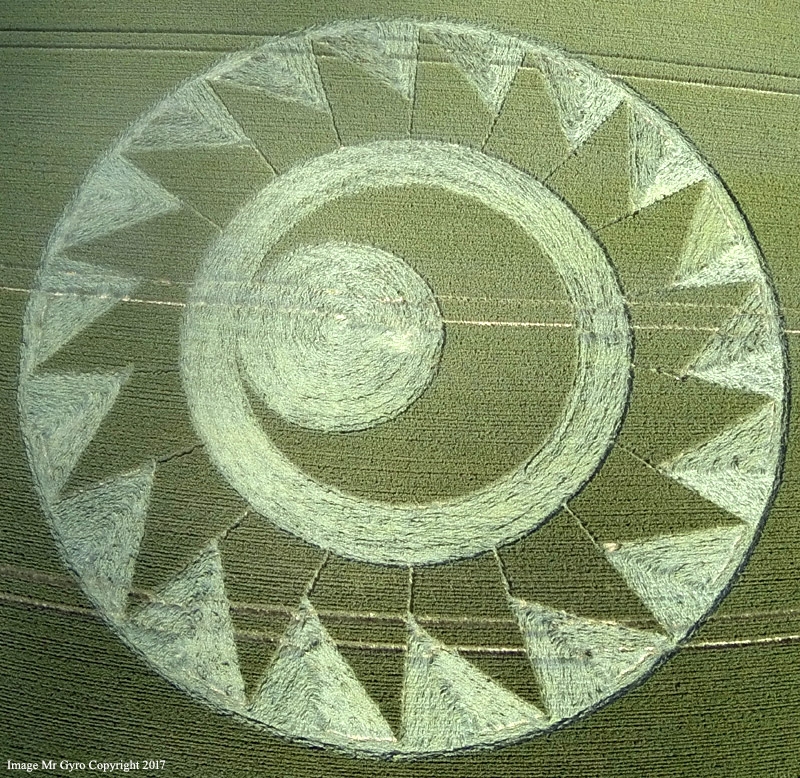 Another suggestion is that this crop circle gives an indication of travel between universes, galaxies, constellations and suns. Plasma type wormholes run from Sun to Sun: 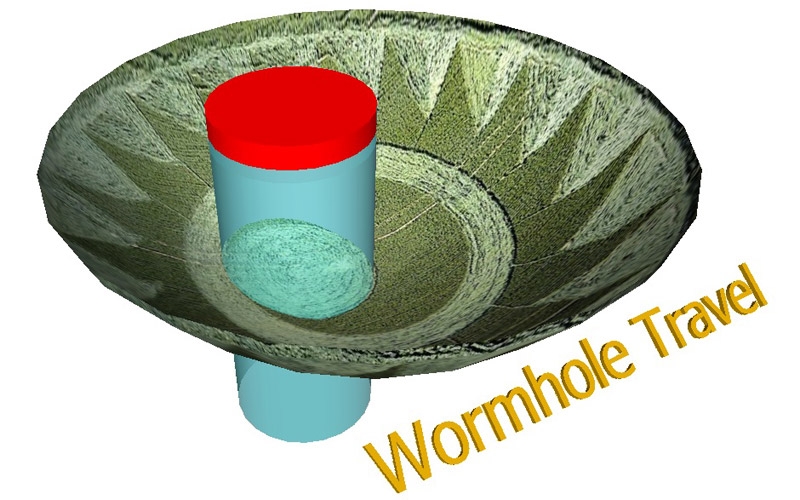 the travel from Sun to Sun is thought to happen via coronal holes: 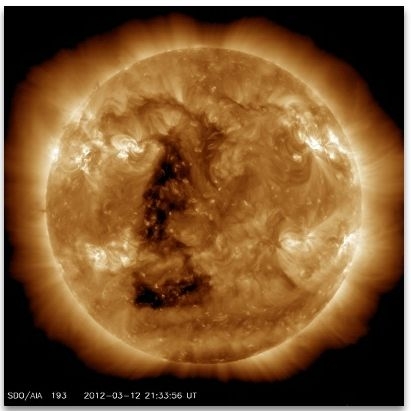 And to whom do we owe the Courtesy? 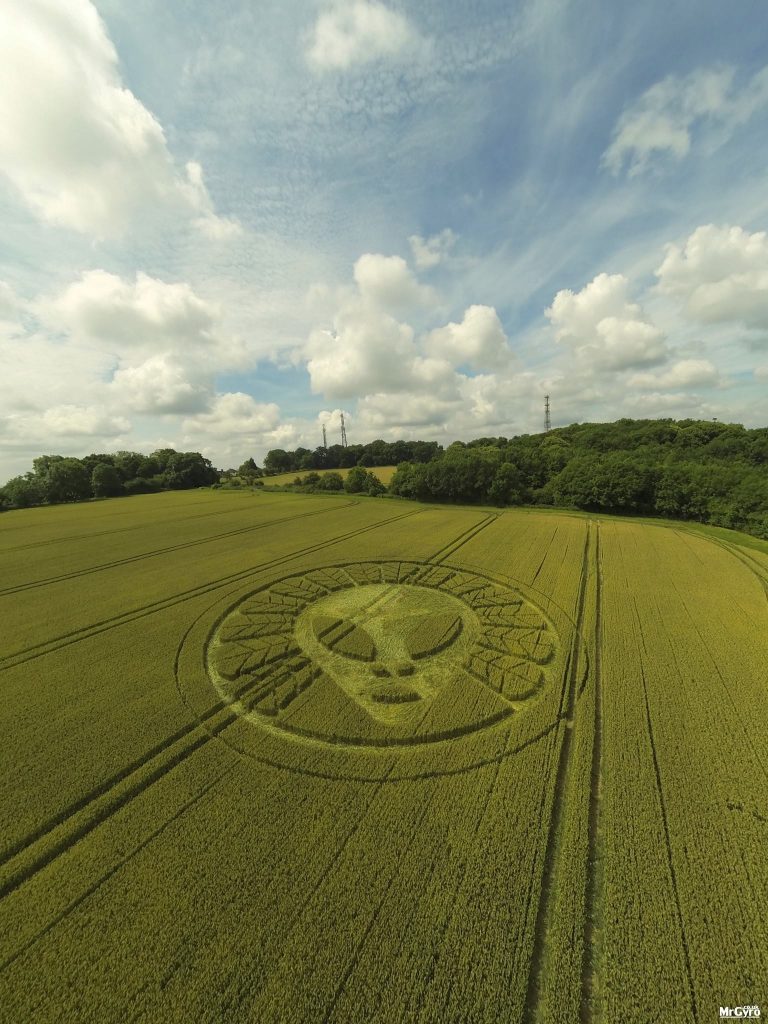 all this, courtesy, the Star People