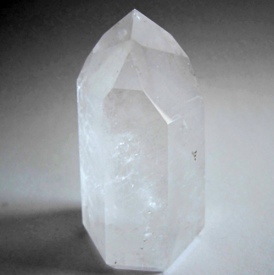 Jacqui asks Jalarm (pronounced Yalarm or Yalum) about the number 144,00 and soul groups. Jalarm tells about souls taking different choices and the how souls are connected to a Being at Source and nurtured from there. Some take a journey of duality, some take a journey of non-duality; all are oversighted by their more evolved Angelic presence with them. We are told about Crystal Consciousness, the 7th Dimension and the vibration of crystals on Earth. Other questions relate to Lord Rama and the experience of young people with gender and sexual identity confusion.

Yalarm is asked a question about the number 144,000. This refers to 12 x 12 and can be a group soul (rather large), a level of consciousness (the 12th level), and the Twelve who accompanied Jesus. 12 (twelve) is 9 plus 3; 9 signifies the end of the old and the three aspects of the Divine, creator, preserver and receiver of all things, which return to dust. 12 (twelve) is also known as the Crystal Consciousness; for it holds energy and does not fall back to lesser energies nor lower dimensions. So the crystal helps to hold consciousness at a higher level, and many other forms of consciousness have to be raised, also.

Humans are not just a soul consciousness, they are part of a larger, evolved being, one that is more advanced, and humans will go to that place where they do not have to return from the journey taken in a soul consciousness. In that place there are also the “Fallen Angels”, beings that have made other choices to live a journey or lives from another place, a place that does not follow the inner aspect nor soul guidance. There is no judgement from the Angelic Realms nor the Hierarchy; each being is free to make a choice and follow that choice. From the Source of Creation, many obtain their nurturance and sustenance; others follow a different route. Yalarm ends this part of the talk by saying that the number 144,000 would be closer to the number that exist in the raised consciousness of the 12th Dimension.

Yalarm makes it clear that any reference to the Fallen Angels is not a judgement, not an exclusion, nor any criticism. It is important to remember that they have chosen to explore in a different way. Each being has an oversighting Angelic being that helps them to return to the Source, and assists them at different points along the way.

Crystals are consciousness of the 7th Dimension. They are used in many ways to lift the consciousness of this corner of the galaxy which was so dark. Crystals are not too advanced – if they were, they would explode things. The crystal energy is an energy of balance; it is one energy which could be accepted by all beings, sentient and insentient. In fact the level of the crystal consciousness has to match that of Mother Earth, from the beginning.

Yalarm was asked a question about the one the Indian religions call Lord Rama; he was said to be over 30 feet tall. Yalarm indicated that Rama (yes, he was tall), he was coming from a different dimension, a more evolved place, another Universe, one which we cannot readily see. There is a limit to how much power such an evolved being might come with.

Yalarm was also asked about the young people today who have sexual or gender identity confusion. A soul consciousness has a history of many lives, some male, some female, or even other physical consciousness from a starpeople point of view. A soul could be influenced readily from past-lives. There could be confusion coming from a male body and being birthed into a female body. Yalarm indicates there are souls who could find it very difficult to relate to the gender they are in, and so need understanding. One of the key issues of being birthed into the human is the experience of family which offers warmth and love. So in the midst of this confusion, perhaps allowances could be made for males who love males and females who love females. Once you grasp soul-history, it is very easy to see how it is possible to have that confusion. Everyone needs to act and respond to the God within; for they have come with the truth within, the Light of the Source of All Creation.

To read the full transmission of Yalarm and the Oracle, go here.