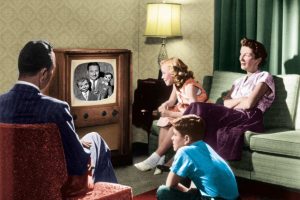 In this series, we look to the causes of the over-stimulation of the mind. We begin looking back in history with the advent of television and the personal computer leading to Playstation and Xbox and video gaming and the influence on the mind.

We live in a time when new devices have become available, the two-car family is now a landline – many cellphones family, and we also have the networked home. Where Bill Gates had a vision of “a computer on every desk” we now have computers, laptops and tablets – along with smart-phones – in every bedroom of the house. There are just so many demands on our attention-space: at home, at school, at work, among friends, and in our telecommuting.

If we were to look back to the days of our grandparents, there would have been the radio set, and around the time of the 1956 Olympic Games, the television arrived in stores. People would flock to store fronts to watch broadcasts, and the Olympic Games was a good time to buy. Home grown entertainment and fun shows took over the living room.

Was this the beginning of the end? The end of communication among the family, between people, between parents and children? Was this the beginning of uncritical absorption of inappropriate values by children? Some would say so and protested loudly. Today there are program ratings and dedicated broadcasting times for children’s programs and guidelines for appropriate advertising during these slots. Television was the seed beginning the overstimulated mind.

The next group to take up the challenge of overstimulating the mind of the audience were the keepers and tellers of our cultural story, the advertising moguls who presented their wares as “a word from our sponsor”. They showed us shining, soft washing, cuddly dogs who symbolised soft toilet paper, and delighted families eating TV dinners. Conversation ceased during program time except during the advertisement breaks. Discrimination and detachment decreased as indiscriminate viewing of television increased. The advertisers told us what to eat, drink, and which clothes to wear. They dangled the vision of luxurious holidays to take and which airlines we might fly to arrive there and take up our enjoyment. The times of discontent had come, our children were never to be content again until they had what they saw on the television. Then came the day the Commodore 64 was advertised and everyone wanted a computer in the home.

The Commodore 64 was the highest selling computer of all time, with its 64kb of RAM and 20kb of read-only-memory. The internet was yet to arrive and users were happy to play black and white ping pong using the keyboard to move the cursor around. People played games such as Hit and Run Baseball, Voodoo Castle, Ghost Town, Mission Impossible and Pirate’s Cove. Doubtless these were the forerunners of Super Mario and like arcade games. Sega, Nitendo and X-Box had not yet been invented. With the invention of the graphical user interface (gui, the screens we see today), the black screens were to disappear forever. The IBM PC Compatible and clones were the death sentence of Commodore and its successor, Amiga. Apple arrived and personal computing took a complete new turn. Anyone could have a computer. A new form of stimulation of the mind had arrived.

There was no control over the use of computers which some people left on, 24 hours, 7 days a week. Where the Netscape Navigator – and other browsers – used port 80 to deliver internet content, the porn industry was using port 81 to deliver skin tones, light and shadow and offer a sharing facility to anyone with a video camera and half decent lighting in their bedrooms. The internet was to give more and more ways to stimulate the mind, and make it go faster with the massively multiplayer online role-playing games (MMORPGs) which are a combination of role-playing video games and massively multiplayer online games in which a very large number of players interact with one another within a virtual world. Not only are these a step away from reality, they are a step deeper into stimulating the mind to go faster and faster. PC games have long been a source of controversy, particularly related to the violence that has become commonly associated with video gaming in general. Doom is one of the earliest examples of video gaming violence which is now driving violent behaviour in everyday life. 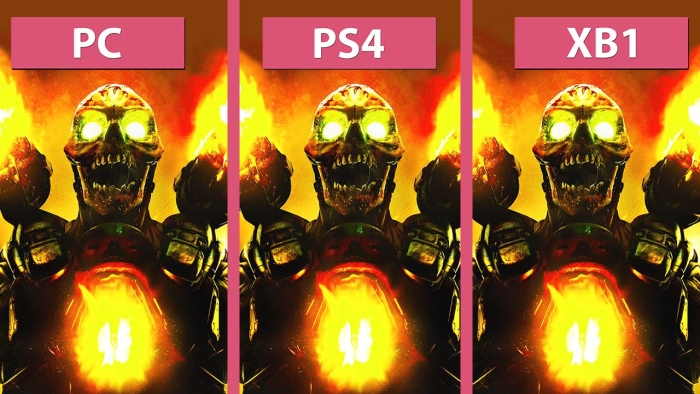 Doom is available on multiple platforms, the Personal Computer, the Playstation and the Xbox player

It has been reported in the US that 17% of video game players are boys under the age of eighteen and that 36% are women over the age of eighteen, with 48% of all gamers being women of all ages. They also report that the average age of gamers is 31. A survey of 1,102 children between 12 and 17 years of age found that 97% are video game players who have played in the last day and 75% of parents checked the censor’s rating on a video game before allowing their child to purchase it. 32% of American adults play video games and to 2007, the number was increasing.

It has been reported in the US that children between 12 and 17 years are video game players (97%) who have played in the last day and 75% of parents checked the censor’s rating before allowing their child to purchase it. Of these children, 14% of girls and 50% of boys favoured games with an “M” (mature) or “AO” (adult-only) rating.

Some acts of violence have been highly publicised just because the perpetrator had a history of playing violent video games. Some research proposes violent video game use correlates with a temporary increase in aggression and a decrease in prosocial behaviour. It would seem that what goes in, not only stimulates the mind to act in a similar fashion, but also alters value driven behaviour.

We will take up more issues about the overstimulated mind in the next article in this series.