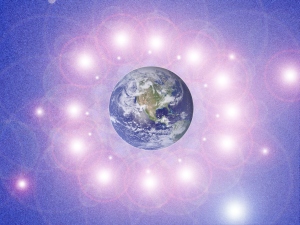 We joined hands and sang Om in harmony. When our voices were in total Harmony we called upon Jalarm to make his entrance and in the name of God to sanctify the Oracle.

Jalarm: “I am here, Jalarm, the Atlantean, and you were wondering if I had an image at that time, and I would say yes – the image was similar to the face shown on the book known as Communion. (by Whitley Strieber)

At that time, there were many star people coming to the Earth – pre-Atlantis falling. Long before the last days of the Ice Age. And so there were hundreds of thousands of years that there was a coming and going of the star people.

And that is separate from the races that existed on the Earth at that time – shall I say roughly, between the Reptilian people and also the Human that was developing from the up-standing-ape-like creature. Now that does not necessarily mean an ape but it was very similar in appearance.

And in some ways the genetic influence is coming from the apes (more from the consciousness) but again – it is very complicated. If you were to look into all the DNA influences that the human has now – which exists upon the Earth as the little earthling.

This is good – this is from the point of the Grand Plan – the greater picture in that the Angelic Realms, the Hierarchy, have forseen – the worthiness of the different images, the different consciousness and the different way of thinking – could come together and allow a soul to come onto this Earth, shall we say, cold blooded races to be able to experience for the first time quite often, the warm blooded race. And the interaction of family – and the interaction of loving and caring and nurturing.

This is important – it also gives those that are cold-blooded the opportunity to experience pain and fear – because that is something that does not exist within the cold blooded people.

There is no judgement here – none whatever.

The whole idea – now – is to move forward and all to respect one another, and to interact with one another and assist one another – because it is known that the energy of a group does and can – spread out and influence others. So if the energy of unconditional love and caring can be spread around this Earth – this will eventually lead to Peace on Earth. And, it will happen. It will come – we have already said this.

Is there a question you would like to ask about this? About images perhaps because I have spoken of the human being “upgraded” with their interaction with the star people – with the up-grade of the human as it is now. This also happened within the Cosmic Races also. There was a coming and going of the human – they returned to the World of Light – as a Soul – and then they came to where the main source of where they had come from and took back with them the increased knowledge of who they really are … … and how they could interact at a level that would help them to understand the experience more. And this actually allowed them also to share the genetic material from the Earth being with their own race. This, then, created many races within the Cosmos – if you can imagine this and see this happening.

Jacqui: The question I have is that the people who come through worm holes to get to Earth – why do they not just come through as a ‘consciousness’? Why do they need a space ship with technology? Why is that required?

There is an advanced stage of consciousness that actually – I could call it the ‘Guardian Consciousness’ that operates around this planet from other worlds and the star people there and they are assisting the human to raise consciousness so that is also understood as Ascension. 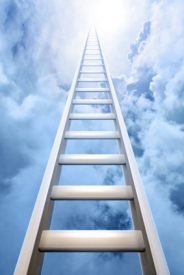 Then there is a consciousness where there is no limit. Which comes more from the Angelic Realms. It is like a ladder – there is different levels of consciousness if that makes some sense. And so, when it reaches a certain point on that ladder – there is no need for technology – or to travel in space ships – and so they can come and go differently. But from that point it is not quite so easy to come into the Earth’s atmosphere because it is quite at a level that is not readily accepting to that higher consciousness that they operate from. So, from that point, from the higher operation of consciousness it needs to work through something, or somebody, to be able to operate and communicate upon this planet. Does that make sense?

Jacqui: Valerie is asking where do we go when our soul returns to the World of Light?

Jalarm: In a way I have just spoken about that … and I don’t know if there is something else you would like to ask?

Jacqui: Valerie has information about Egypt and the Glyphs at Kariong and she is asking if you know abut the Khemit School of Ancient Mysticism in Egypt? Do you know about that one?

Jalarm: Indeed, indeed I do. We have been working together and the information has been given to them because they are Egyptian and they understand the way ancient times and ancient thinking would have actually written the glyphs – which means either side of the glyphs themselves. And so they have a broader understanding of the translation of the glyphs at Kariong.

Jalarm: Pretty well, they have it right as they have said.

Sometimes the dating might differ – but as always – from the star worlds the measurement of time is different from that what exists on your planet. But the overview of the translation that they have given is correct.

Jacqui: Valerie is also asking about the Ros Stone found at Kariong and described in an article by Steve & Evan Strong: can you tell us more about the stone?

Jalarm: It is a navigational stone and it belongs to the ancient times of the Old Empire – in other words – it belonged to the Reptilian world when this civilisation existed upon this Earth. (It still does, to some degree.) But these navigational stones were actually used in combination with observation from the stars – and the Reptilians themselves had star ships and star people who interacted with this planet.

So it goes back a long time – and these navigational stones have been handed down in the some of the ancient races such as the Egyptians and men … others from what you would call Europe now – from the Mediterranean and the Indian Ocean who have travelled to this land that is now known as Australia. And at that time they would have used this type of navigational assistance. Does that make sense? Because the stone itself holds the consciousness and is able to guide and lead people on ships on the water in the direction that they wanted to go.

Jalarm: Is that enough for you?

Group:We all said yes. It fact the information is quite wonderful.

Jalarm: I would like to suggest also that you ask the Oracle exactly how long ago that the markings on the Ros Stone were made. And another question is also apt: Who it was exactly tbat marked the stone? And also ask what the rock itself is known as in geological terms that exist now? And also where it came from?

Markings on the Ros Rock enabled navigation of the oceans

© Valerie Barrow, 2014. All material may be reproduced provided the source is cited, and it is not altered