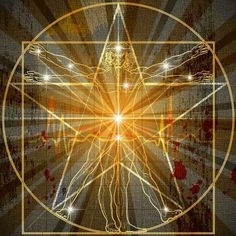 In the work of the Mystery School we have learned of the pre-history of the human, and the history of how this Earth-planet came to be. Everything that is here has been brought from somewhere else. In the earlier days, the atmosphere was less dense, and the Earth was colder; it was moved into its present orbit, and the satellite called Moon was brought here to provide energies, balances and to preside over the mind.

We have also learned in The Mystery School via Jalarm and The Oracle of how the Bird-beings were instrumental in bringing life here, how there were dragons on land in in water, how the manatees gave milk from their teats to the warm-blooded beings that were born from them. Today we learn about the Soul, that all beings born here – all life forms, Jalarm confirms – are enchristed within with the Soul, the Christ-light, the crystal light within. There are some forms of star-people coming and going that do not have this enchristed light within. We also learn about Moses in Egypt.

Jalarm: It is I again and I am very pleased. Valerie is asking when Souls were first coming to Earth to each human child that is forming. And that is true – that was a major, major turning point in the involvement of the human race. It did not quite start when the first humans were first created … 900,000 years ago … but it did begin in shall we say a short time later – because the Hierarchy had met and there was agreement and a decision made that no human baby would be allowed to develop without the existence of a Soul. So I could say to you that it actually more or less started at the same time.

It was not quite the beginning because there was experimentation still taking place with the evolvement of the Humans – but once it reached the stage that the human could evolve without any interaction genetically that was the time that the commitment was made that the extraterrestrial races would assist to raise the consciousness of the Human – and that has been happening and continuing ever since.

Jalarm: No Human is born without a SOUL.

Jalarm: I would like to make that quite clear. There are extraterrestrials that are still coming and going and they are not necessarily with the agreement if the Karmic Board – that exists within the angelic realms and is what brings the soul into the earth Human child – but that is another story.

There is also agreement, discussion and interaction with the Hierarchy and these other races that still infilter the planet Earth. But do not confuse them with humans – the human race. Are you happy with that, do you want me to answer anything about that at all?

Jacqui: So if an extraterrestrial comes to earth without a soul – are they just like a robot?

Jalarm: They are not born of a human birth. Does that make sense?

Jacqui: But even an animal or a bird has a soul?

Jalarm: They have what is called a group soul. They are automatically born enchristed with the energy of raised consciousness. Does that make sense?

Jalarm: There is no earth Human born without a Soul even though their history may come from other cosmic races – in fact they do come from other races as well – this is all encompassed by the history of that personality that comes into an earth body. Earth body has one personality – the Soul has infinite personalities. Does that make sense?

Jalarm: So to speak of the Extraterrestrials as separate from the earth human as if they do not really exist – is not right because they are coming into the Human Earth Body.

(It has been suggested to us by “upstairs” that the Soul looks something like a Christmas ball, with light visible, in tiny holes, radiating outwards…)

Jalarm: It is I Yalarm, I think we shall make this the last question My Dears; because we have worked for quite sometime now. You ask about Moses and if he was attached to a family named Tutmose? And he was of a family of Pharaohs and I would say yes he was.

It is said that there is one that died because he was no longer in the records of Egypt … it is because he left and took all the Jewish people back to the Holy place.

And so yes, he was from the Royal family of Pharaohs – we could do more work on this if you like – you could ask the dates – those sort of things of the Oracle it is up to you.

(By this time, the ladies of the Mystery School were feeling a little weary) …