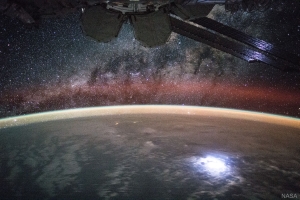 There is an ancient Hindu prayer which seeks to maintain the distinction between the Real and the Unreal. The ability to distinguish the unreal from the real is what makes a person a light bearer, sometimes called a Lightworker.


It has been several years since our planet entered the new age on 21 December 2012. Energy has quickened considerably, and time is moving faster. The Schuman Resonance has increased and the Earth herself continues to give off signals of distress, as too much stress on the surface by way of greenhouse gases, global warming, polar ice cap melt and changes to global water temperatures is distress for the Earth our Mother.

Millions watch the news broadcasts and catch up with events on social media. The principal illusion is that the news happens elsewhere and not in our street, not to our neighbour, our family. Social media takes the form of meaningless prattle. The suffering of our world, our peoples, our environment and our animal and plant kingdoms is dismissed as irrelevant. Those who see the suffering as real, immediate and respond are those who have the Christ-light, the Crystal Consciousness shining brightly within.

It has often been said that mankind has to be driven to its knees before it will turn to the realm of the spirit, the divine presence within. The ancient psalm cries, “O that today you would listen to His voice, harden not your hearts!” Yet, it is the calcified heart that needs the prick of the goad in order to be awakened to the reality of suffering, on the Earth our Mother, and in the hearts and minds of our brothers and sisters elsewhere on this planet.

The seat of power within, where multidimensional light is drawn into the body is through the solar plexus. In these days of Ascension, awakened humans will raise their consciousness from the solar plexus to the heart. Each and every heart is now being examined for the capacity to hear the cry of the poor, to choose rightly for the good of the All on this planet. This is a new, silent inquisition of the heart. For now is the time we are asked to serve all on and within our planet with mind, body and spirit.

As humanity faces chaotic nodes with wild frenzy and churning of energies occurring in the atmosphere, in the oceans, in the hearts and minds of religious fanatics, in the Occupy movement, in the protests against reawakened patterns of human migration, the solutions guided by love of our fellow man, woman and child will shine from the hearts of those choose to love and serve humanity.

The Stargates – closed since the Fall of Atlantis – have been re-opened. Higher energies are flowing to the Earth. Higher frequencies of light are being dispersed, and human consciousness is rising to the 4th, 5th and higher dimensions for those who actively seek the Kingdom of Light within. A living web of brilliant light is being woven around us as we speak and breathe, that will surpass all that decays and falls back to dust. Each and every Soul will shine with Light, Love and the Presence of the Divine within. Space Station Vista: Planet and Galaxy; the International Space Station shows our planet, the band of light round it, and the galaxy we live in in a rare capture.
Image Credit: NASA, JSC, ESRS