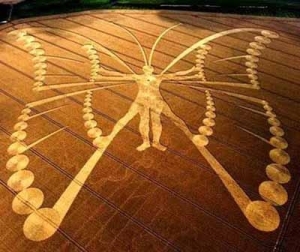 Many readers know of Valerie Barrow as one of the Mystery School. Valerie is a medium and serves as a lightworker. On the first Tuesday of each month a small spiritual circle gathers and there is a transmission from Cosmic Sai Baba, whom Valerie serves. Valerie also serves as a medium for many other spirit mentors, and Jalarm the Atlantean, Alcheringa, Sanat Kumara and the Aboriginal Mother Goddess Goolagaia have all come through Valerie at different times.

After the October Transmission by Cosmic Sai Baba, telepathically, Cosmic Sai Baba asked Valerie if she would allow another to come through. Valerie agreed. Here, we let Valerie describe the experience of mediumship for the Ancient Eagle Woman:

… was suddenly taken over so that I couldn’t change my sitting style. My shoulders were pushed closer together towards my chest and then lifted up under my chin – I saw myself as a large eagle—-I could even feel her large beak where my nose is. An extraordinary experience I can say. The eagle was female and introduced herself as an Ancient One – part of the Bird race from the Cosmos, who helped create this planet earth. (I haven’t lost it I can assure you)

After Cosmic Sai Baba had finished his Transmission he asked if I would allow Another Guest today to come through and borrow my Voice Box. I agreed – he did not say who it was.

“I am not known to you … I have come from a long, long way away … …but I come because it is time for the history of your Earth to be released as it happened.

I am not the one that you think of as Impish – nor I am I the one of as the elemental ‘Mercuriel’. I come from when the time of Earth was first created.

I am female but there are males also and we are the race of the BIRDS. There is a cosmic race that are very much like a Bird to look at – they have a beak and a nose – they have a head – they have ears – they are very like your birds that fly on the Earth. They are male and female and they mate. Some very lovingly – some not so – we are human like, we walk as the human does, our arms are our wings, but we have feet and legs.

And so I would like you to think of birds from now on.as inheriting the DNA and energy consciousness from the Bird People – of who I am one.

We work with the hierarchy that exist in the Cosmos and we follow directions from them.and help them to bring a necessary elemental and chemistry and energy, because it was easily gathered up with our wings and spread – but also with the mind – because like birds on your earth – we were able to fly – we had no limit – just as your birds do now on Earth.

They are the only ones whose feet do not necessarily touch the Earth – but they live in the atmosphere of the Earth.

We are the ancestors of the beautiful creations and I would like you to look at the birds that are on your Earth and respect them and know that they can communicate with you – if you allow them.

We have in our place of HOME, if I can say, a way of living which is very similar to the human – in that we have families, we have children, we have relationships -for some they live with one another for a lifetime and have their babies. But there are others around who also mother and father the babies – and so it is quite tribal. They always want to care for the little ones, because they know they carry on the race that exists.

We come from another place altogether – not just another planet but another consciousness. Another level of dimension, if you like.

It is very colourful – it is like a rainbow – and you understand a rainbow – it has been said that the rainbow upon your earth is the closest thing that you will ever see with human eyes – as coming from the world of light.

But then the Light from the Sun also permeates the earth and so the stones within the earth, like the emeralds and the diamonds, and the sapphires and the pink and the gold and the yellow – all those beautiful colours – so more intense than the rainbow colours – also exist but, in the darkness you would say. But the energy filters in from the Sun into the Earth.

We, as a race, were all part of helping to create this planet. And we ask you to look after the planet and care for it – for it had a mission. It was planned to be a Garden of Eden — which is a sound which we used to help it to come together. You may not quite understand that … but I would ask you to use your imagination for imagination is a nation of images … and this has much learning in that nation.

Now birds, know this very well and they understand it. And they sing … and if you listen closely – some of the songs that the birds sing can lift you into another world, another dimension and you can hear what would seem like angels singing and that is who we are.

I will leave you with that thought – thank you my beloved children for allowing me to visit you this day – I come on wings of Love and spread it always – and I hope you will do the same.

For … You have shoulders and the shoulders are where your wings once were in the human body. So spread your wings … and share that energy of Universal Love.

History is Given – Wings of Love