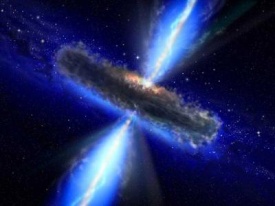 Much is happening in these early years of the 21st Century. Astronomers ponder dark matter and investigate black holes. Others send radio signals into deep space in the search for extra terrestrial life. Scientists analyse gamma-ray bursts and seek to understand the origin of the Universe and the story of the stars.

Once again the Mystery School convenes at Werwai, and Jalarm is present. Jalarm reveals that many others attend the Mystery School – on other dimensions and from other universes. They seek to hear and understand the magnificent story of Earth and the evolution of the Human and the roles of the different races that lived here – trillions of years before the human – so long ago, as Jalarm tells, that it cannot be measured in our time.

We recall that Jalarm told that the word Eden – pronounced Adin in the star-worlds – actually holds the vibration of creation of a beautiful garden of harmony and peace. And so this was to be the deeper purpose of this blue planet in a dark corner of the galaxy. Many races living in a beautiful garden, side by side, in harmony and peace. Jalarm attends, the members of the Mystery School ask their questions and work with The Oracle.

Jalarm:‘It is I ‘Yalum’ and I am very pleased to be here this day and to work with you girls – it always gives me joy and I am happy to be here. So how can I help you this day – do you have a question?

Jacqui: ‘We have many questions and I will give you the first question. It is a question from Chris at Shepparton: In an earlier session we were told that there was a magnetic force – or a very large crystal in the centre of the earth and he wants to know:

The Earth and its Energy

Jalarm: ‘I understand the question, and yes, it is good that Chris has joined with you as a group – and I hope you will accept him – because I also work with him.

He asks if the centre of the Earth is a magnetic force – and of course it is … because without it there would not be that connection with your Sun. Or your solar system and the patterns that are constantly created and how they are the same. And so is it a Light Source – indeed it is. Its actually what helps to keep your earth planet warm – for you know if you lay on the earth and pull the surface of the earth away a little – the indigenous people know this very well – it becomes like a blanket; it is warm – and they can cover themselves and stay warm even in the most coldest of climates.

They might have to go a little deeper in the ice area but it is still warmer once you go lower into the ground. And I think this is pretty well understood. Don’t you think?’

Jacqui: We are told that there were bird like beings that assisted in creating our planet a long, long time ago. So could we know more about the bird-like people? And also, the being known as Thoth – and is shown to look like an Ibis – was Thoth one of those beings?

“Well I could say, “Yes, Yes, Yes!” for all those questions, indeed. The Bird-like beings – well if you think of the birds that are on this Earth – they actually are genetically connected to them. Like all forms of life, there has been a sharing of DNA and yes, the beings are bird-like to look at in a way. They have a snout (or nose) that looks like a beak. They have eyes, and they have an ability to hear and I would say that the skin is covered with what I would say is a light, feathery, fluff type appearance on the skin – which, when used to create birds upon this planet – it actually was of a heavier and denser energy and so it is tough to some degree – if you were to compare the birds on Earth with the bird-like people. So does this make some sense? 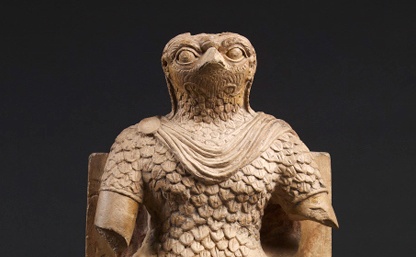 This Roman rendition of Horus suggests the bird-like beings

There were many, many, many different stages of development of your Earth to be part of your solar system and this is going back trillions of years. But the measurement of time is different when it was first created, from what you have here on your earth now – so it is not a good idea to talk about time in that sense. But understand it was a long time ago.

Jacqui: In what way did they develop in a different way?

Jacqui: Just along that track – one of the questions that Chris has, is he is saying there is a mythological creature called the Griffin (sometimes spelled Gryphon). Was this one of the Bird or Reptilian creations?

Jalarm: This is a pulling away indeed – and I would suggest that some research was on your computer about this being. You could also ask the Oracle – I would like you to use the Oracle more. For it is a way for us – and I say us – because there are many that are actually present at this time – over-viewing what is taking place – because the information is also used in other schools in other worlds.

Jalarm: I would like you to return to the Oracle and ask a question that makes it easy for the Oracle to reply.

© The Narayana Oracle, . All material may be reproduced provided the source is cited, and it is not altered