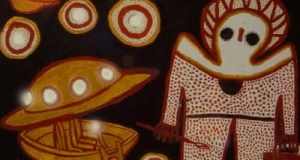 Planet Earth has been in existence for billions of years and evolution of its own life forms has taken place. It is taught that everything on Earth has been brought here from some other place. We consider the qualities of human life – called true humanness – and consider that other life-forms from other worlds, other stars, other universes may also have these qualities, whether nor not they have human form. They may not have this but possess the essential qualities of human life.

Human Life in Other Places?

It is noted in the puranas and in vedanga that the ancient rishis had discussed the possibility of human life on other stars, other planets. The rishis told that there would be upagrahas – literally “outer planets” that would be discovered in times to come, and there was human life, for there was other life in other lokas (worlds, universes) that had the qualities of human life. However, it may not have human form as we know it, but rather, humanoid.

It is thought that the “other places” are other universes, galaxies and constellations. Of the humanoid types, some have been created without permission of the Source of All Creation, and so are without the light within, the Crystal Light or the Christ Light. They are without the soul, the atma.

There are humanoid beings in the star worlds that have been created without permission from the Source.  (I was shown Reptilian like beings and etc.  mainly cold blooded beings) They do not have emotion and feeling because of the connection to the Source which is Love.  They are invited to come to Earth, blessed with a Soul (From the Source) so that they can experience the family, love, and interaction with caring and warmth that exists on this Planet. They then return to their race and impart these understandings on other planets in this corner of the Galaxy which is so dark. That is the Actual Great Plan set out by the Hierarchial Angelic beings of why this planet Earth was created.  So all that is the reason they are here … they come to live in a human body on this Earth to experience this world (often, for the first time). 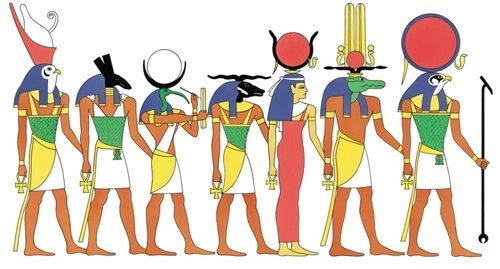 While we speak of human life, there are different kinds of human life. Let us keep in mind several distinctions about so-called humans:

There is much for the human to aspire to. These qualities above may also apply to the humanoid types who come from other planets, other stars, other Suns, galaxies, constellations and universes. We are not presuming same, but point out that true humanness is available to all who have human qualities, if not human form. The distinguishing characteristics of true humanness include being, awareness and the instruments of wisdom, jnanindriyas, that which forms the intellect in the human, and the humanoid. These three qualities are the distinguishing features of true humanness no matter the form embraced.

There are those great teachers who come to Earth, take birth and give teachings on living with true humanness to mankind. For example the Golden Rule is found in many religions – Baha’i, Hinduism, Buddhism, Confucianism, Taoism, Sikhism, Christianity, Indigenous Religions, Zoroastrianism, Jainism, Judaism and Islam. Divines and Prophets come for a specific birth and task, and would have difficulty in explaining about ‘genetic engineering’ being mis-used in the past by star people living on Earth. It is not their role (usually) to speak on starpeople. Jalarm the Atlantean has said that star people came and went on this planet often.  Possibly before the human was created.

The understanding of Demonic beings is that they are leftover creations from experiments (unlawful genetic engineering) done prior to the Fall of Atlantis era on Earth. They were not blessed by the Source of All Creation and so they did not have souls … therefore when the planet Earth nearly died they were left with nowhere to go in what became the 4th dimension of the later 3rd dimension. (Earth not only “nearly died” in the Fall of Atlantis when a captured asteroid crashed into the Earth, it also fell from the 5th and 4th dimensions into what became the 3rd dimension.)

Continuing on with the unlawful genetic engineering, the demonic beings created – for the last 15,000 years or so – they have been left to their own devices. And they can interfere with those passing over, and attach themselves to weak souls, that is, souls who are very ill in hospital, souls close to death and souls under extreme burden of suffering. Also, there are those who go astral travelling and get caught without some form of protection. Thereafter, we may call on the Angelic Realms for assistance. For example, we may call upon Archangel Mikael to help with someone caught with these demonic entities – it is captured and contained and given opportunity to evolve.

The Demonic entity – from experimentation, can have human heads with animal bodies, or animal heads with human bodies or all sort of shapes and sizes. They never had any training or knowledge of anything and tended to lean to the ‘seamy side’ of life most of the time.

We have given a summary of these human qualities and consider some forms of the demonic that have been created here through genetic engineering. There are also other demonic forms, that is humans who do not behave like humans. So we recap these qualities. These are the following kinds of humans:

We then conclude with an overview of what happened on Earth with the creation of different species over millions and millions of years. We keep in mind that the dinosaurs were extinguished and warm blooded life was created here on Earth; the hairy up-standing-ape-like creature was also a creation of genetic engineering. Some beings were created with the permission of the Creation of the Source of The All, others were created without this permission, this essence within.

The hairy-upstanding-ape evolved to have the Christ-Light within