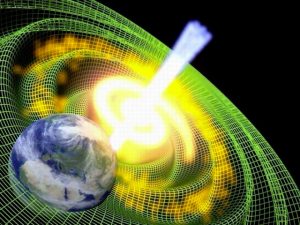 Mother Earth is ascending to the 5th Dimension. All forms of life on this planet will be affected. Human awareness, consciousness, is also being affected: especially those who do not resist this process.

Everything is energy. Some forms of energy will be transformed to higher forms of energy. This may result in a loss of species. However, energy, once created, cannot be destroyed. This means that a species of flower might come back as an entirely new flower. Think of the multifaceted colours of nature!

Consciousness will shift from the head to the heart, to the soul. Whilst we have human emotion and feeling, the Soul does not know fear. It is simply awareness.

Mankind has a form of knowing called (in philosophy) “unknowing knowing“; there are many names for this, some would call this unconscious knowing. It is soul awareness, soul knowledge. The soul brings skills, knowledge and abilities learned and acquired in past lives. One only has to look at the behaviour of babies and very young children – called wonder kids – to know this. Mathematical and musical geniuses at the age of 4, graduating from University at 15-years-old, etc.

One effect of Ascension is that humans will come to know things not known before. For example, the Angelic Realms have solutions to our greenhouse gas atmospheric problems – along with utilisation of hydrogen for our energy needs – but these things are being withheld until humans rise in consciousness and become less war-like and not inclined to raise a weapon to settle differences and misunderstandings.

All kingdoms – mineral, plant and animalia – flourish and reveal signs of the Divine presence at work in the world. Despite layers of darkness multiplying in human affairs and conflict regions, spiritual awareness and the knowledge of the hand of God and a divine plan for all on this planet, remains so much as words on a page, rather than life imbued with the knowledge, presence and loving guidance of Divinity.